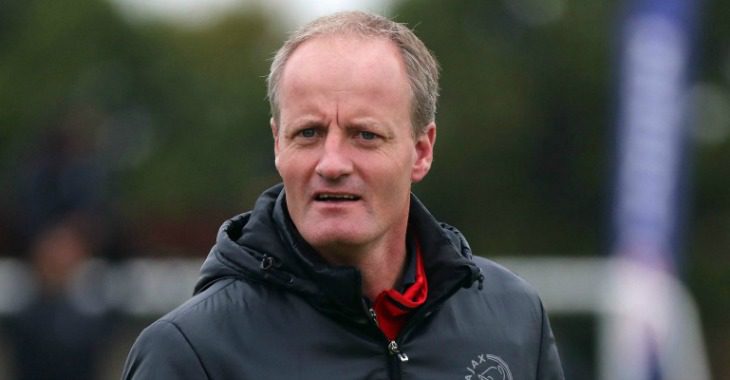 It’s been three months since the legendary Hans Vonk was named as the head of youth structures at Ajax Cape Town.

We caught up with the 47-year-old at the recent Engen Knockout Challenge held at Parow Park where our U17 team was participating and eventually went down 1-0 to Old Mutual Academy in the final of the youth tournament.

Vonk is enjoying his return to the Mother City, stating that he missed the beautiful weather, the people and of course the Ajax Cape Town Fans.

“Being back at Ajax Cape Town as the Head of Youth is fantastic and a great challenge,” said Vonk.

The former Urban Warriors goalkeeper previously worked as Football Manager at SC Heerenveen in Holland and he feels that it’s a similar job, but with greater responsibilities because he is dealing with the young players.

“The set-up at Ikamva is top class and very similar to the ones in Europe which is great in assisting the players development into top class players”.

This was evident at the recent European tournament where the Ajax U19 team played against teams like Real Madrid, Manchester United and Flamengo.

“The boys were on par with their overseas opponents technically and tactically. That goes to show the great work done by the coaches in our youth structure and credit must be given to them,” concluded Vonk.