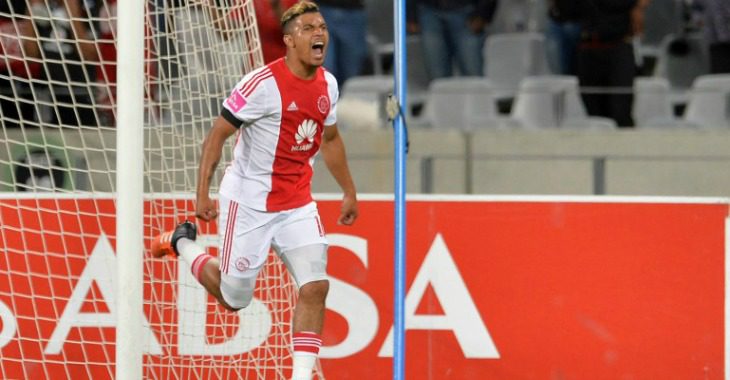 Ajax Cape Town Head of Medical ,Jantho Greyling, has confirmed that both Toriq Losper and Shane Saralina will miss around eight weeks of action due to injury.

The news comes as a massive setback for particularly ‘Tokkie’ Losper, who recently recovered from a meniscal injury to his left knee – suffered in October last year.

Having missed most of last season, the midfielder was raring to go in the 2017-18 Premier Soccer League (PSL) campaign. But, unfortunately the 25-year-old attacker from Mitchells Plain will be sidelined for another two months.

“Unfortunately ‘Tokkie’ got injured during training, we performed an MRI scan on him yesterday [Wednesday] and it revealed that he has got a labrum tear of his hip joint, and that will again sideline him for quite a while,” Greyling told ajaxct.co.za

“It is quite a serious injury so the doctors prescribed that we treat it conservatively for now and then we will reassess the situation after four weeks, but he will definitely miss the start of the season and be on the sidelines for at least about eight weeks – if not longer.

“Depending what the scan in four weeks says, and if that labrum has healed by itself, otherwise surgery will be needed.

South Africa U20 defender, Saralina, will also be out of action for an extended period of time. The former Bayhill Premier Cup Player of the Tournament made his Urban Warriors debut last season.

“Shane also got injured during training last week and he has a high grade partial tear of the medial collateral ligament of his knee, which will restrict him to the sidelines for approximately eight weeks,” Greyling concluded.

Everyone at Ajax Cape Town wishes both players a speedy road to full recovery.