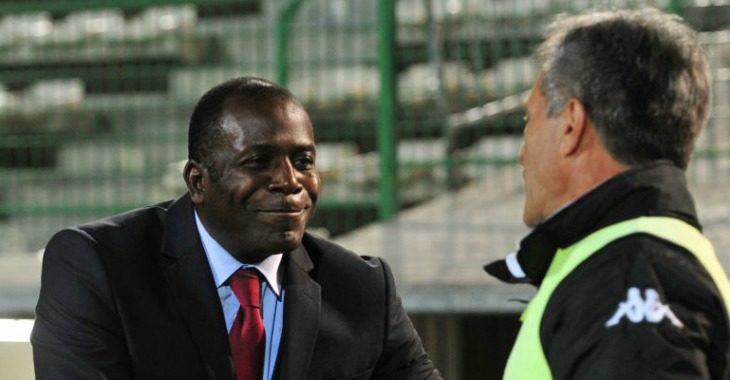 Ajax Cape Town head coach Stanley Menzo has welcomed a timely confidence boost ahead of the club’s Telkom Knockout Round of 16 fixture this weekend.

The Urban Warriors travel to the Limpopo province later this week for a clash against Polokwane City at the Old Peter Mokaba Stadium, having returned to winning ways in the Absa Premiership on Saturday evening.

Goals from Bantu Mzwakali and Tashreeq Morris guided the club to a 2-1 win over Bloemfontein Celtic and all three points at Athlone Stadium, with the hosts particularly impressive in the first half.

“We played the best first half of the season‚” Menzo said in the aftermath.

“The second half we couldn’t play anymore because Celtic pressed us higher. Because of that, we lost a little bit of confidence and in the end you have to say it is all about the win. But I think we won the game in the first half with the way we played.”

“I’m very satisfied with the win.

Menzo continued: “For the players it’s all about confidence, which is so important. Belief and confidence makes a player ‘bigger’, and able to play and make less mistakes.

“Without confidence, you are going to be afraid to make mistakes, and then you are going to make them. And that’s what we saw in the second half on Saturday – players were a bit afraid, but in the end we got over the line,” he concluded.

TKO action on Saturday will be followed by a crucial league fixture away to Platinum Stars on Wednesday 01 November 2017.