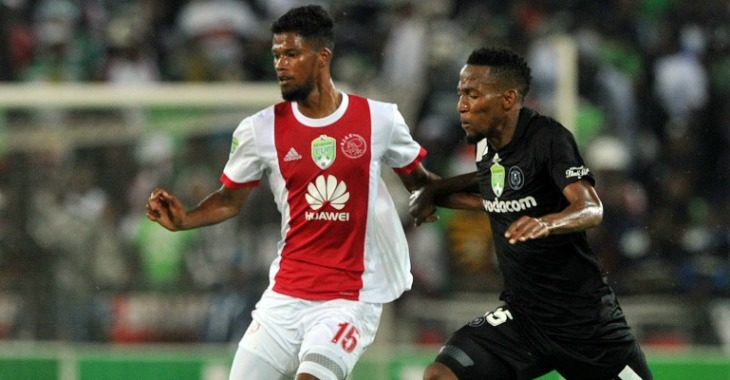 The 21-year-old, who has enjoyed a good run of form since the turn of the year, spent two weeks in the Netherlands at Ajax Amsterdam in 2014 before graduating into the Urban Warriors Premier Soccer League (PSL) team.

Fellow First Team star, Jody February, has enjoyed a similar rise to the top and having climbed the youth ranks together, Sasman admits that it is all still a bit surreal: playing in the Absa Premiership alongside his teammate and friend.

“We[Jody and I] never ever believed that the both of us would make it this far, but we always dreamed of being professional footballers and we were always willing to do the work and put in the effort to make it this far,” said Sasman.

“When we first started playing, we were rivals at first until we joined Ajax Cape Town. He arrived at Ikamva a year after me and ever since we’ve worked hard together, motivated each other and created a brotherhood.

Having played in European tournaments with Young Ajax in the past, Sasman is hopeful that he will one day – in the near future – return and ultimately retire at one of the top club’s in Europe.

“Playing in Amsterdam obviously opened my eyes to what we can achieve as South African footballers,” Sasman added.

“I just have to keep my head down, work hard and listen to advice. I’ve learned a lot from coach Muhsin [Ertugral].

“Coming through the youth ranks, the winning mentality has been instilled within me and I never want to accept anything less – I’ve always wanted to play in Europe and I want to end my career there,” he concluded.

Sasman has played nine times for the Urban Warriors this season across all competitions.