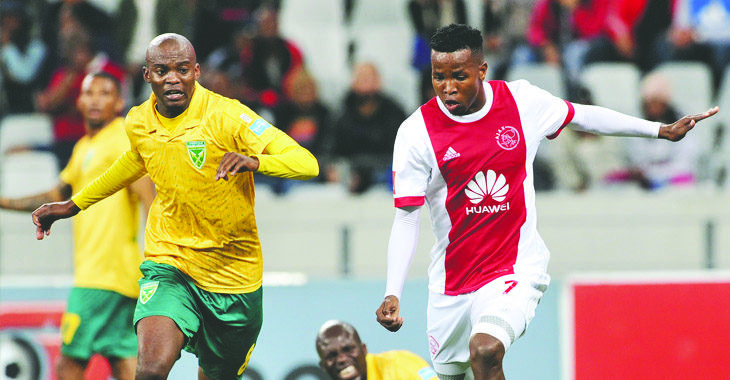 Ajax Cape Town travel to the Princess Magogo Stadium in KwaMashu this weekend for an Absa Premiership clash against Golden Arrows. Kick-off on Sunday afternoon is set for 15h15 CAT.

The Urban Warriors haven’t been in league action since a 1-1 draw away to Polokwane City at the start of the month. The result extended the Cape outfit’s unbeaten run in the Absa Premiership to three matches.

In contrast, Arrows suffered a second straight loss in the league when they were beaten 2-1 at home by Bidvest Wits last time out.. The Durban side has won just one of their last 16 league matches.

In head-to-head meetings, Ajax Cape Town and Arrows have clashed in 33 league matches since the 2000-01 season. The Urban Warriors have generally enjoyed the upper hand in the rivalry, claiming 12 wins compared to seven for the Durban side. Abafana Bes’thende have won six of their 16 home league matches in the rivalry, suffering four defeats in the process.

When the teams met earlier this season they played to a 1-1 draw in the Mother City, with Rivaldo Coetzee and Lerato Lamola finding the back of the net. It was a fifth draw from the last seven league meetings between the two sides.