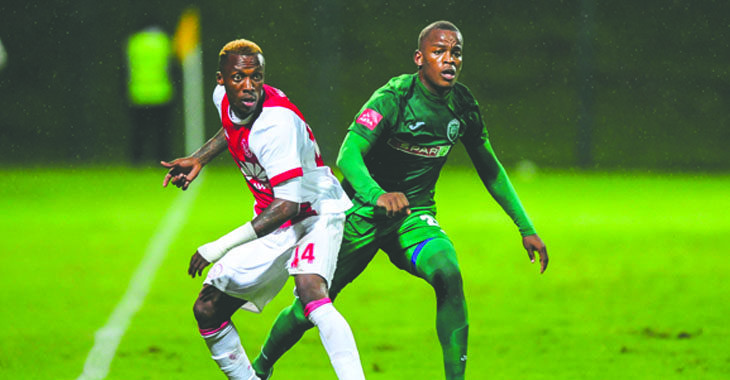 Ajax Cape Town suffered a 2-1 defeat away to AmaZulu in an Absa Premiership clash at the King Zwelithini Stadium in Umlazi on Tuesday evening.

Following a rather cagey start to the game, Yannick Zakri went close to finding the back of the net just short of the half-hour mark, but Siyabonga Mbatha was on hand to keep out the Ivorian from close range.

The game continued to ebb and flow with Mabhuti Khenyeza sending his header attempt over the crossbar just short of the break with all those in attendance hoping for more following the break.

Both sets of players rose to the occasion in the second stanza with AmaZulu hitting the front in the 50th minute through Mhlengi Cele. The striker with a low drive past Jody February following a powerful run.

The Urban Warriors, though, hit straight back with a wonder strike from Rodrick Kabwe who’s left-footed free-kick whistled into the top corner of the net on the hour mark.

Ajax Cape Town looked sure to take the lead soon after as Grant Margeman beat goalkeeper Siyabonga Mbatha, but Phumlani Gumede came to his goalkeeper’s rescue.

Muhsin Ertugral’s troops were riding a wave of confidence as Tashreeq Morris then squandered a golden chance for the visitors, who were then made to rue their missed opportunities.

Siyanda Zwane unlucky to guide the ball into the back of his own net on a rainy evening in the KwaZulu Natal province.

The sucker punch took the life out of Ajax Cape Town who were unlucky to see Kabwe’s free-kick in the 80th minute rattle off the woodwork and away from danger as they ultimately slumped to another away defeat.