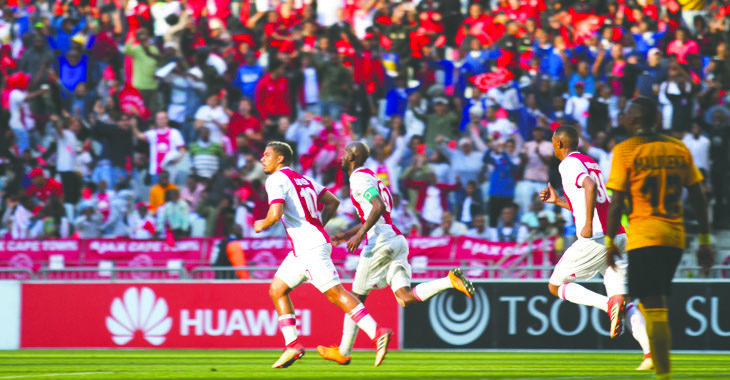 Ajax Cape Town will kick-off their quest for Absa Premiership survival in the Limpopo province on Wednesday with a clash away to Black Leopards.

The Urban Warriors suffered a 2-1 defeat to Kaizer Chiefs over the past weekend and were duly condemned to the promotion/relegation play-offs, starting with a tricky fixture in Thohoyandou – 200km north of Polokwane.

Lidoda Duvha booked their place in the play-offs with a second place finish on the National First Division (NFD) standings, following a 3-0 thumping of Jomo Cosmos on the final day of the season.

Leopards boast a commanding home record in Thohoyandou and are currently on a seven game winning streak on home soil. Across 15 games this season, the hosts registered nine wins, four draws and two defeats. Their only losses came against NFD champions Highlands Park and Cape Town All Stars.

The Urban Warriors jetted off to Johannesburg on Monday morning and are set to arrive in Thohoyandou later this evening.