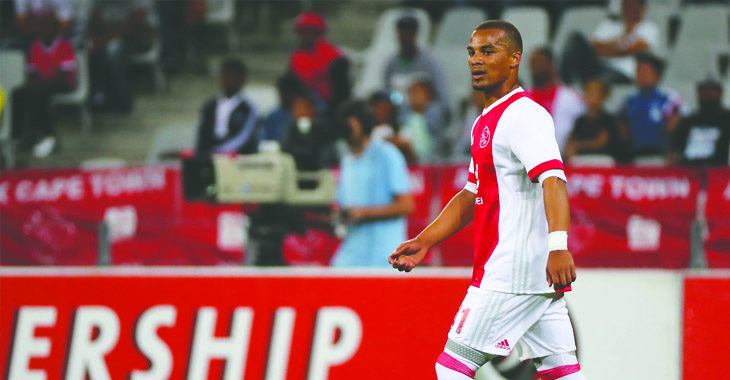 Ajax Cape Town would like to wish Fagrie Lakay, Yannick Zakri, Siyanda Zwane, Tercious Malepe and Rheece Evans all the best in their future endeavours.

The above mentioned players will see their respective loan deals at the club come to an end tomorrow, 30 June 2018.

Fagire, Yannick and Siyanda joined the club in January from SuperSport United and Mamelodi Sundowns respectively, featuring prominently and making a real impact for the club up until the final day of the 2017-18 season.

Tercious played 18 times during the course of the campaign, having joined the Urban Warriors from Orlando Pirates at the start of the season.

Rheece joined the club on an 18-month loan deal in January 2017 and despite enjoying plenty of game time in his first two months at the club, injury unfortunately plagued the defender’s stay at Ikamva.

Everyone at Ajax Cape Town would like to thank Fagrie, Yannick, Siyanda, Tercious and Rheece for their services to the club.

The club will be making further announcements regarding player movements next week.