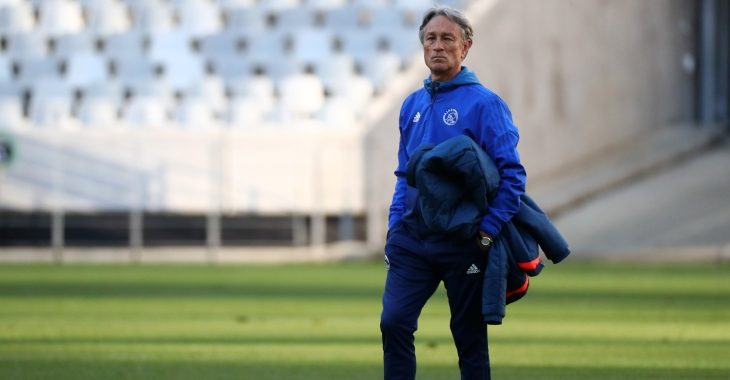 The Urban Warriors return to action at Cape Town Stadium on Saturday afternoon, eager to bounce back to winning ways following a 1-0 defeat to TS Sporting last time out. Kick-off is at 15h00.

“It doesn’t matter what game it is and who you play, you need to give everything in the match and respect the opponent.

“We need to prepare in the right way, no matter what circumstances they had to face. Based on last week [against Sporting], we should have won that game easily considering we created so many goal chances before they even had one.

“It is about how organized you are and if you take your chances. Obviously we are at home and at home since last year we seem to be the team to beat so we are not worried about that. We are concerned about how quickly we can find the back of the net, how long it will take us to get a goal.”

ajaxct.co.za: What can we expect from Collins Mbesuma, a player you worked with at Black Aces?

“Collins is very dangerous in the box, we need to keep him out of the box.”

“He will be motivated, we were once his employers. I think from a defensive point of view we need to be organized and not give anything away. Hopefully we will be stable in defence throughout the match.”

“All three are heavily missed actually, they all play key roles in the team and the last home game [against Stellenbosch] that we had they showed their qualities, they are not only additional players but very key to our team. We missed them last week as well so not having them on board is always a negative for the team.”