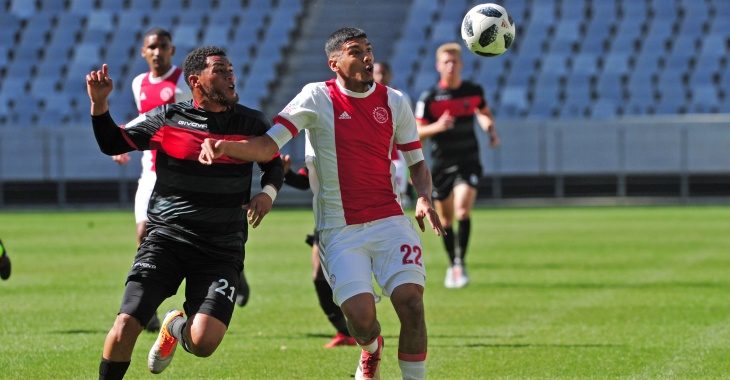 Ajax Cape Town head coach Muhsin Ertugral lamented his sides lack of killer instinct following a goalless draw at home to Ubuntu Cape Town in the National First Division this past weekend.
The Urban Warriors were favourites heading into the clash, but came up against a determined Ubuntu outfit lingering at the wrong end of the table.
Having defeated TS Galaxy 1-0 in Kameelerivier earlier this month, the result comes as a slight setback having done so well to edge a win in difficult conditions away to The Rockets.
While the international break might have come at the wrong time, Ertugral was reluctant to blame any external factors and called on his troops to start finding a way to grind results in what is a very competitive league.

“We need to starting grinding results, it was a really frustrating game,” said Ertugral following the clash.

“I don’t like to make excuses, we made mistakes. Yes, there were some harsh tackles by the opponents, but in the end some decisions didn’t go our way.
“Momentum or no momentum we should be winning these type of games.
“Looking forward now, we have to find a way, we have to find the key to the lock.
Youth Academy Graduate Kiyaam Bull made his debut for the club in the 0-0 stalemate and while the teams performance wasn’t quite up to standard, Ertugral reserved a special word of praise for the defender.
“Kiyaam, I had my trust in him and he deserves time on the pitch. His debut could’ve come earlier, but yes, the youngsters have done well. I expect more from the senior players in the team,” Ertugral concluded.
Next up for the Urban Warriors is a clash against Uthongathi FC at the Princess Magogo Stadium in KwaMashu on Saturday. Kick-off is at 15h30.
Share Post: