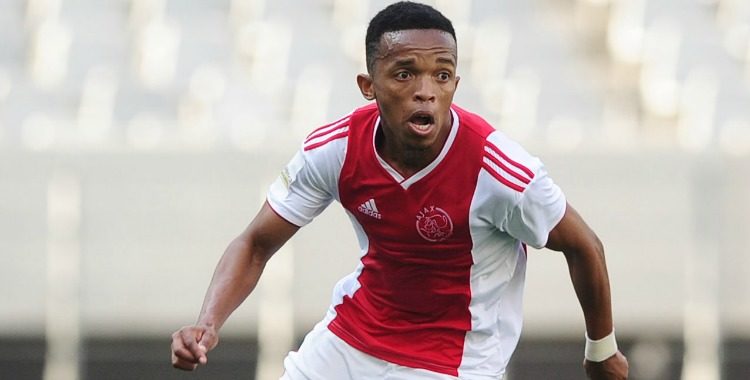 Ajax Cape Town jet off to their second away game in two weeks as they took on the low flying TS Sporting. This was always going to be a test for the Urban Warriors as they have not won a single game on the road so far in the new GladAfrica Championship.

The Urban Warriors have a bad away record as we have only picked up 1 point in a possible 9 points on the road, so this was going to be a big task from the start. The conditions of the pitch were extremely bumpy and it was hot as well, which does not favor the Ajax passing game. The Urban Warriors made two changes to the squad after the 3-2 loss on the weekend before against Swallows, the changes were made with young Siyasi coming into the right back position and Mukumela coming into a center back role.

Ajax haven’t been able to keep a clean sheet once the whole season, so in true Ajax form we landed up giving away a penalty in the 18th minute which was converted giving TS Sporting the 1-0 lead in another catch-up game. Ten minutes later the ball landed kindly at Mojela’s feet after a bundled clearance from the Mkize who sent the ball into the Urban Warriors net giving them the 2-0 lead, the score stayed the same into the half.

The second half kicked-off and the Warriors had the weather turn in their favor as the rain started and helped flatten the field so there were less bumps allowing a better flowing football. Coach Ulderink decided to beef-up the attack by substituting Siyasi for Johannes to try get more width from the attack. This tactical plan paid off as Johannes sent the ball to Abednego who landed up getting a penalty in the 60th minute just two minutes after the substitution which Abednego put into the net giving the Cape Town team a small chance of fighting our way back into the game.

Ajax found a renewed energy as they were fighting for the second goal at 2-1, the break coming in at the 70th minute were Grant “Pacman” Margeman pulled a stunning move to beat his marker and fined the feet of the Magic Abednego who finished off the run with a clever shot into the Sporting net, making it 2-2 with just 20 minutes left plus injury time.

The Warriors could smell blood in the water as they went in for the attack coming up short handed until the beautiful moment at the 90 minute mark came knocking at the door. Bakx made a clever run into a space pulling out the defender where Mosiatlhaga ran into and finished off his hat-trick to put the Urban warriors 3-2 at the death of the game.

Ajax Cape Town managed to turn the fortunes of away run into a positive movement and ending the bad away form and getting a very positive 3-2 victory for the Warriors to keep us in the top 3 area. Abednego is also the first ever person to score a hat-trick in the GladAfrica Championship.

It was a good day out for the red and white squad from the Cape.