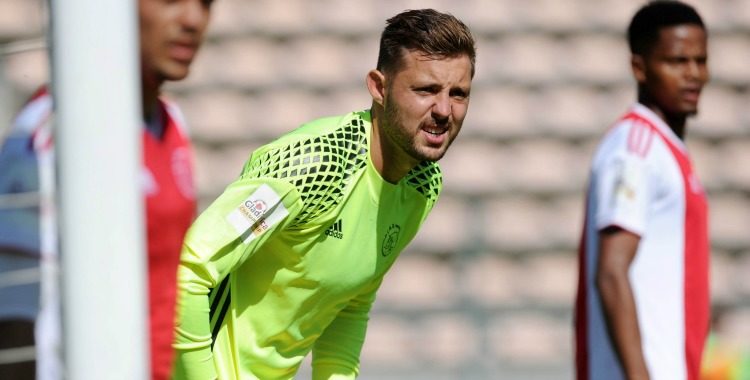 That makes three wins in row after Tuesday’s away game at Tuks stadium, The Urban Warriors have been on a rampage since the first round of the Nedbank Cup against Richards Bay FC away.

It seems as if there has been a mind shift for Ajax since the Richards Bay away win, the boys usually don’t travel well however we got ourselves a 2-1 victory on the East coast which means we go into the round of 32 in the Nedbank Cup which will be great exposure for the young warriors.

The Red and Whites then faced off against a very dangerous JDR surprise team, The Brave one’s as they are known have claimed some big scalps this season to put them in the 2nd place spot on the log. JDR Were unlucky and not clinical enough in the first half as the had one penalty saved and hit the cross bar after a one on one with Hengelman.
The Urban Warriors then released the beast in the second half when JDR exposed themselves in order to find the goal and Abednigo managed to get a brace over the Johannesburg based squad. This was the first game we managed to retain a clean sheet. A Great 2-0 win for the Warriors.

Tuesday saw the Urban Warriors take on the AmaTuks boys after the original game was delayed, the game almost got called off again as the power and rain looked to effect the kick-off. The weather favored the Cape boys and we were able to put 2 early goals into the net.

Tuks struck back just after the half but the man on fire put us 3-1 up with his 10th goal of the season which means Abednigo is the first player this season to hit double digits across the South African professional soccer leagues.