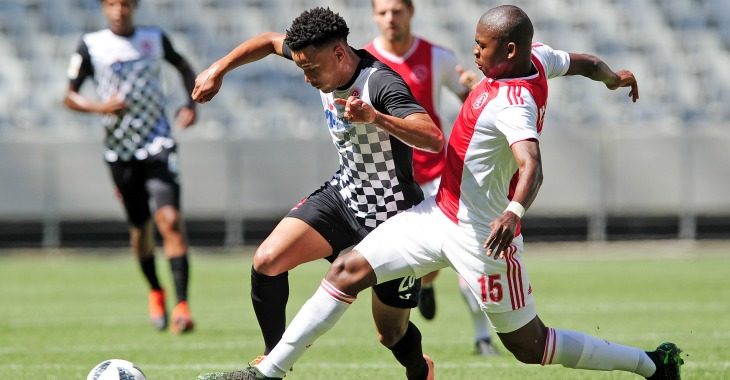 Ajax Cape Town have suffered their fifth defeat of the 2019/20 GladAfrica Championship after they were beaten 1-0 at Cape Town Stadium by TS Sporting.

The Urban Warriors remain top of the standings despite the defeat, with a haul of 32 points from 17 matches leaving them one point ahead of nearest chasers Uthongathi.

Sporting, meanwhile, moved out of the relegation zone with the win, jumping to 13th place on 18 points.

The visitors had the better chances in the first half and rattled the crossbar with a Siyabongankoke Mbatha volley on 35 minutes.

In injury time at the end of the first half, Sporting claimed the lead through Madoda Motha, who converted from Jemondre Dickens’ pass.

Ajax nearly levelled the game early in the second half when Thabo Mosadi teed up Abednego Mosiatlhaga, but the attacker saw his effort rebound off the post.

TSS were reduced to 10 men just after the hour mark when defender Frank Motebejane picked up a second yellow card, yet Ajax were left frustrated in their attempt to capitalise on a numerical advantage.

The Urban Warriors will be back in GladAfrica Championship action next Wednesday, 22 January, when they are away to Real Kings.