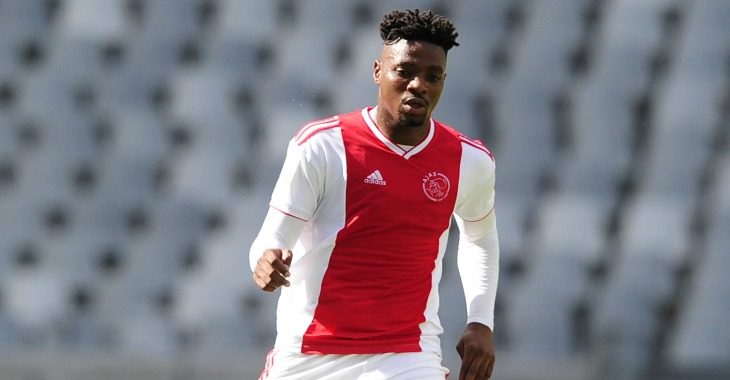 Ajax Cape Town are back at the top of the GladAfrica Championship standings following a 2-1 win over hosts Real Kings on Wednesday.

The match at Chatsworth Stadium saw the Urban Warriors triumph thanks to goals from Thendo Mukumela and Thabo Mosadi, leapfrogging Uthongathi on the log to reclaim pole position with 35 points from 18 matches.

The first half saw relatively little action, though Ajax bossed possession and looked the likelier scorers. They had to wait until a few minutes before the break to have a first clear chance, with veteran striker Eleazar Rodgers seeing his header on target well saved, while Thabo Mosadi also sent an effort into the side netting.

Yet Kings almost claimed the lead on the stroke of half time, hitting the crossbar on the counter attack, with goalkeeper Nick Hengelman left helpless to do anything to turn the shot away.

Ajax upped their pressing game in the second half and were soon rewarded with a goal: on 50 minutes Thendo Mukumela sent home a brilliant shot via the inside of the post to make it 1-0 in favour of the Cape side.

Mukumela played an instrumental role in doubling the lead, teeing up Mosadi to score from close range just a couple of minutes before the hour mark to put the Urban Warriors in complete control of the match.

Ajax had a couple of chances to add to their tally, but they took their foot off the pedal and were punished in the 78th minute, with Kings’ Edward Manqele netting to reduce the deficit and set up a tense finish.

The Urban Warriors, however, were able to hold firm at the back despite the hosts’ pressure and secured an important win in their quest to return to the top flight of South African football.

The teams will return to league action this coming weekend, with Kings away to Uthongathi on Saturday 25 January and Ajax visiting Royal Eagles on Sunday 26 January.