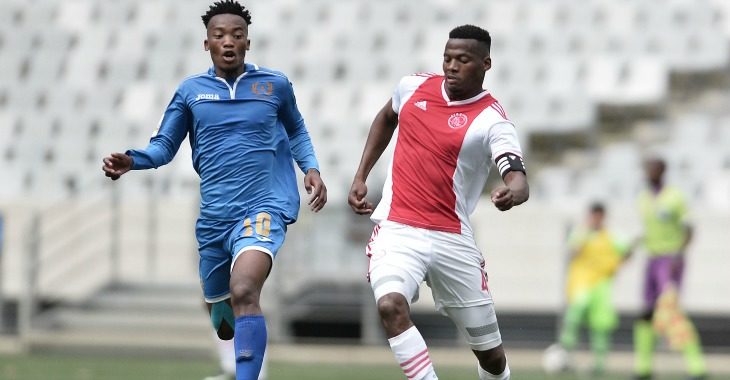 Ajax Cape Town will look to consolidate their place at the top of the GladAfrica Championship standings when they face hosts Royal Eagles at the Harry Gwala Stadium in Pietermaritzburg on Sunday 26 January 2020.

Ajax reclaimed pole position in midweek when they defeated Real Kings 2-1 at the Chatsworth Stadium, courtesy of goals from Thendo Mukumela and Thabo Mosadi. The result took the Urban Warriors one point above second-placed Uthongathi FC, with a haul of 35 points from 18 matches thus far.

It was a welcome return to winning form for coach Andries Ulderink and his charges, having gone down to Steenberg United and TS Sporting in their last two GAC matches, but the challenge will now be to build and maintain momentum in their quest to earn promotion back to the top flight of South African football.

Eagles, meanwhile, are staring down the barrel of relegation to the third tier. They sit at the bottom of the GAC standings with 13 points from their 18 matches – two places and four points adrift of safety.

The KwaZulu-Natal side’s last outing was a 4-1 loss at home to Cape Umoya United last weekend – a fourth defeat from their last five GAC matches.

In head-to-head terms, Ajax and Eagles have clashed in three previous matches. The KZN team boasts two wins, though the Urban Warriors were victorious when the clubs met earlier this season, triumphing 2-1 in Cape Town in September 2019 thanks to goals from Mosadi and Eleazar Rodgers.