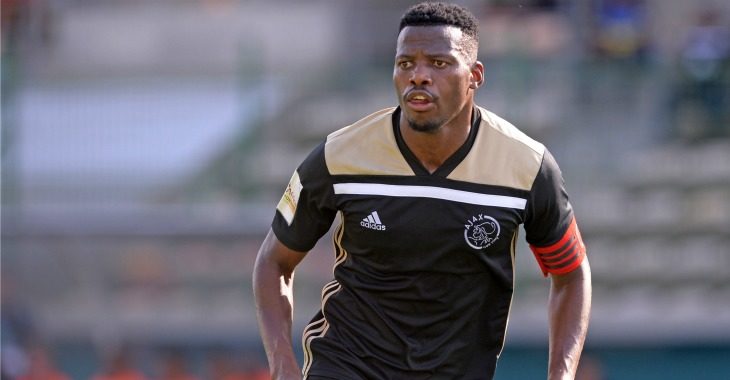 Ajax Cape Town will eye a return to winning ways in the GladAfrica Championship this week, following a narrow 1-0 loss to Cape Umoya United at Athlone Stadium on Friday.

The Urban Warriors return to league action this coming Saturday with a home clash against TS Galaxy. Kick-off at Cape Town Stadium is set for 15h30 CAT.

Despite defeat to Umoya this past weekend, Ajax still maintain a five-point lead atop the league standings with second-placed Swallows FC having fallen to a 3-2 loss in Pretoria on Sunday.

With seven games remaining, Calvin Marlin’s troops are setting the pace in South Africa’s second division and club captain Isaac Nhlapo wants his team to bounce back to winning ways on Saturday and pull further clear of the chasing pack.

“I was angry about the result against Cape Umoya, I can blame lots of things for the loss but we have seven games to go and I want to end off any hopes of other teams getting automatic promotion well before the end of the season,” said Nhlapo.

“That last game of the season I want my Ajax family to soak in the season, I don’t want any pressure but we will only manage that if we show heart and win every game going forward – starting with Galaxy this weekend.”

Nhlapo added: “I’m personally tired of people telling me this game is an important game every time we play, people say we need these points! Let me say this… from the moment the season starts until you finish, every game is important and every point is valuable and if you have a mind set like that, you will win things.”

The Rockets fly down to the Mother City following a 1-0 loss away to fourth-placed Tshakhuma Tsha Madzivhandila. Galaxy currently occupy 11th place on the log standings.

This will be the fifth meeting between the two teams across all competitions, with both teams having claimed two wins apiece. Galaxy won the reverse fixture 1-0 in Kameelrivier earlier this season.