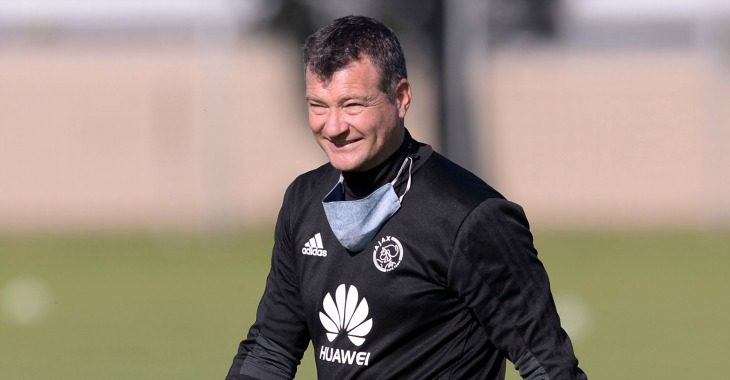 Ajax Cape Town will reignite their title charge with a clash against Richards Bay FC at Rand Stadium on Wednesday afternoon. Kick-off is at 15h00 CAT.

The Urban Warriors entered the Premier Soccer League’s (PSL) bio-bubble on Monday holding a seven-point lead atop the GladAfrica Championship standings with six games of the 2019/20 season remaining.

We caught up with head coach Calvin Marlin to preview our return to action and having watched Richards Bay’s 2-2 draw versus TS Sporting this past weekend he and his technical team have a good idea of what to expect from the KwaZulu-Natal outfit.

“Training wise for us it has been good, obviously we had a few more extra weeks than we initially thought so got everyone up to fitness — that we think is at a good standard,” said Marlin.

“Obviously having not played any friendlies we don’t really know where they [the players] are but from what we have seen and data we have collected from training everyone seems to be in good nick.

“Obviously now Richards Bay will have a game under their legs and experience from that, but for us there is no worry from a fitness point of view. Now it is just about getting that match sharpness, physicality back — it might take a game or two.

He continued: “We expect the same from Richards Bay as what we saw against Sporting and how we saw them play before the lockdown. Prep wise it was quite nice to see that not much has changed from their point of view so all our planning we do have for them kind of stays the same.”

Asked about the team’s objectives for the remainder of the season, Marlin highlighted the teams desire to reach 60 points as quickly as possible as we aim to secure promotion back to South Africa’s premier division.

“We are going in there with a positive frame of mind, get off to a good start. I have emphasised that with our guys over and over again that it is massive that we get the three points. The quicker we can get to our target of 60 points that we set ourselves at the beginning of the season the better — we are still on target.

“It would’ve been our home game if you look at the fixtures, so we would’ve notched it up as a game we should win. Obviously we will take it as it comes and see how the game develops but to start off with the boys are in good spirits, we are positive and everyone is just itching to get started,” he concluded.

Goals from Abednigo Mosiatlhaga, Eleazar Rodgers and Grant Margeman spearheaded the Urban Warriors to a 3-2 win in the reverse fixture late last year.