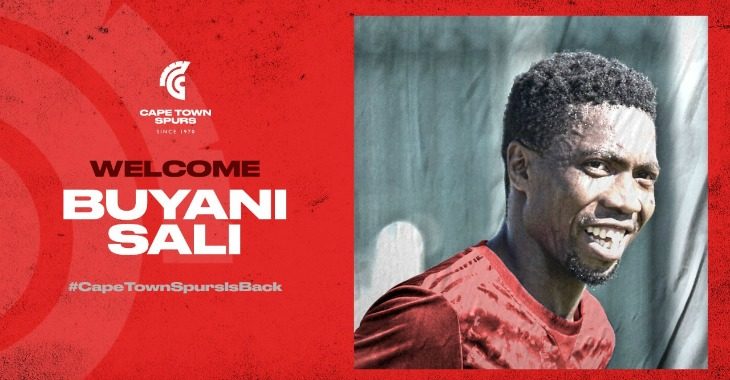 Cape Town Spurs are delighted to announce that Buyani Sali has joined the club.

The midfielder becomes Spurs’ third signing of the transfer window following the arrival of Lerato Manzini and Riyaad Norodien earlier this month.

Sali has signed a one-year contract with an option to extend by another season at the end of the 2020/21 GladAfrica Championship campaign.

Sali was born in Cape Town and first came into prominence at Chippa United when they were still based in the Western Cape province.