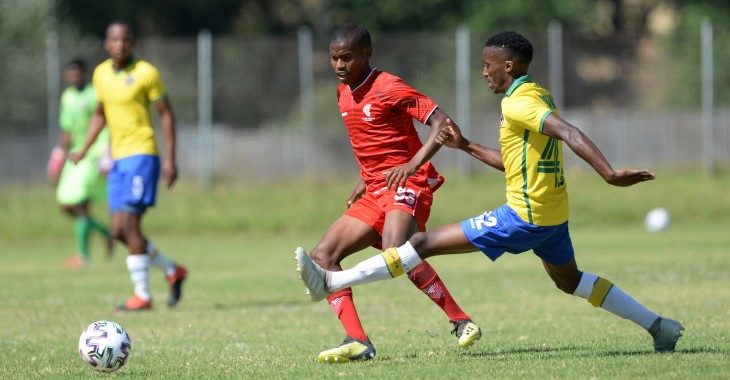 Cape Town Spurs were beaten 1-0 by Steenberg United in the GladAfrica Championship match at the Idas Valley Stadium on Wednesday afternoon.

The defeat left the Urban Warriors on the 14th spot on the league standings, while Steenberg climbed up to fourth place on the log.

Steenberg pressed the Urban Warriors defence from the first whistle as they searched for an early goal in order to unsettle the visitors.

The home side managed to break the deadlock in the 20th minute and it was Carl Lark, who found the back of the net.

The forward was sent through on goal and he beat Spurs goalkeeper Darren Johnson with a decent finish to make it 1-0 to Steenberg.

The Urban Warriors then piled pressure on the hosts’ defence and Steenberg keeper Tawfeeq Sali was called into action by Ashley Cupido.

The Cape Town-born shot-stopper produced a fine save to deny Cupido as the visitors pushed for the equalizing goal.

The momentum was with Spurs and Siyabonga Madikane had a chance to restore parity in the 32nd minute, but he fires over with just Salie to beat.

The last chance of the first-half fell for Chumani Butsaka, but the young midfielder fired straight at Salie and the score was 1-0 to Steenberg at the interval.

Experienced striker Thobani Mncwango was introduced by Spurs coach Vladislav Heric prior to the start of the second-half as the visitors looked to level matters.

Steenberg were reduced to 10 players after their player Sebastian Lucas received a red card three minutes into the second-half.

Spurs then dominated possession, but they were frustrated by the home side’s defence which was solid and compact.

The visitors were also reduced to 10 players when Junior Sibanda was shown a red card with 20 minutes left on the clock.

Heric’s side pushed for a late equalizing goal following the introduction of Sonwabile Mfecane and Khaya Mfecane in the closing stages of the game.

However, the hosts stood firm at the back and ultimately, Steenberg secured a 1-0 win over Spurs in the Cape Derby clash.