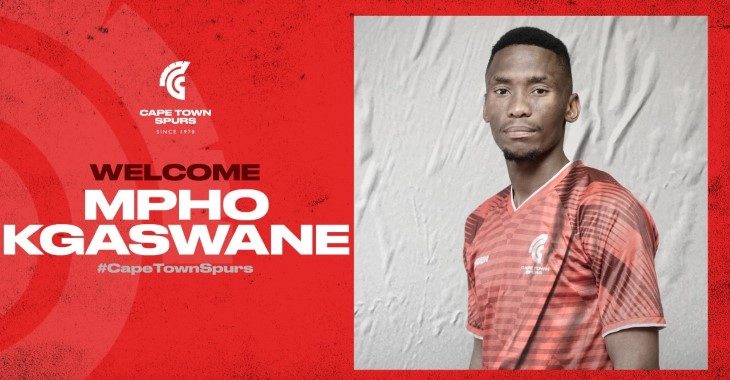 Cape Town Spurs are delighted to announce the signing of Mpho Kgaswane.

The Botswana international has received his work permit and is ready to make his debut for the Urban Warriors.

Spurs are away to Bizana Pondo Chiefs on Tuesday in the second of six 2020-21 GladAfrica Championship matches scheduled for the month of January.

Kgaswane, 26, started his professional career at Gaborone United before moving to DStv Premiership club Baroka FC in January 2017. The attacking midfielder made over 50 appearances for the Limpopo club and was part of the Bakgaga side that won the 2018 Telkom Knockout Cup.

He most recently featured for Azerbaijan club Zira FC.