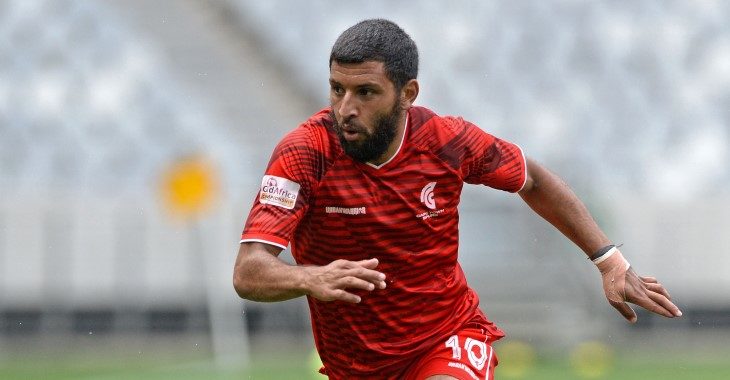 Cape Town Spurs will be aiming to record a third straight win in the 2020-21 GladAfrica Championship season when they take aim at a confident Uthongathi FC at Princess Magogo Stadium in KwaMashu on Tuesday. Kick-off is at 15h30 CAT.

The Urban Warriors defeated Cape Town All Stars 1-0 in the Mother City on Saturday on the back of a Mpho Kgaswane penalty. Victory made it two on the trot for Spurs who defeated JDR Stars 2-1 thanks to a brace from club captain Thendo Mukumela earlier this month.

Victory at Cape Town Stadium this past weekend moved Spurs up to nine points, seven behind Uthongathi who are joint-leaders heading into matchday eleven.

The Cane Cutters are level on 16 points with Sekhukhune United, JDR Stars and Jomo Cosmos who all dropped points in their most recent fixture.

Uthongathi are unbeaten in six matches following a 1-0 win over Steenberg United on Saturday. Nkosiyazi Maphumulo’s first-half goal proved to be the difference between the two clubs on the day.