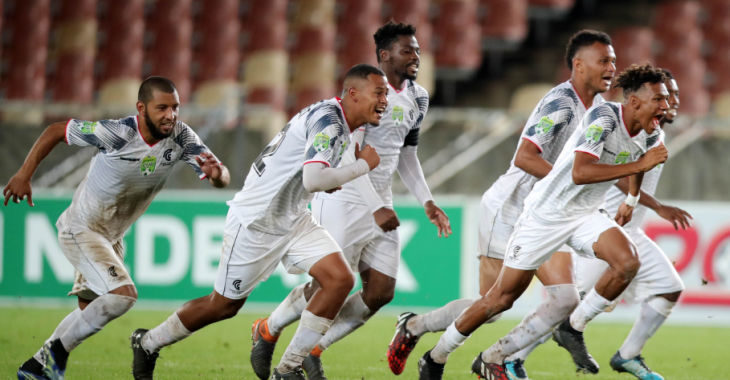 Cape Town Spurs will be aiming to build on their success in the Nedbank Cup with victory over Sekhukhune United at Cape Town Stadium on Saturday afternoon. Kick-off is at 15h30 CAT.

The Urban Warriors return to 2020-21 GladAfrica Championship action with a match against the league leaders. Spurs beat top-flight club Baroka FC on penalties in Polokwane on Monday evening to book their spot in the Nedbank Cup last-16, where the club will face rivals Cape Town All Stars.

Sekhukhune are level on 20 points with Richards Bay FC atop the league standings. Spurs are 10 points back and currently occupy a spot in the relegation zone.

“They [Sekhukhune] are top of the log, a pretty experienced team, but we’re playing at home – it’s a nice, big pitch so we can play our own type of football,” said head coach Ian Taylor in build-up to the fixture.

“Hopefully we can go one better than we did against Baroka FC in certain aspects of our game. But we’re working hard at training on these things so it’s getting better.”

Spurs are set to be without Mpho Kgaswane’s services this weekend with the Botswana international recovering from a hamstring injury.