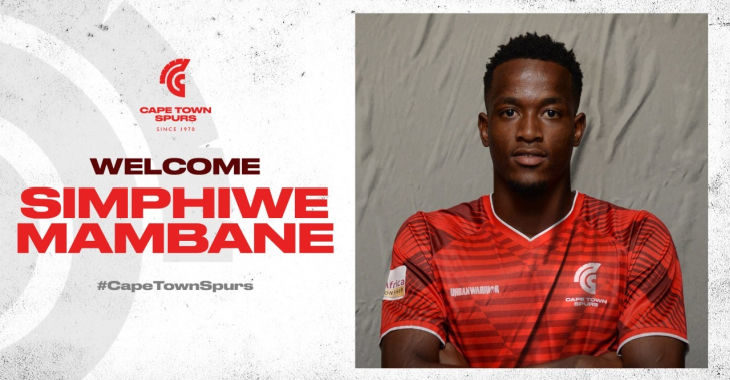 Cape Town Spurs are excited to announce the signing of 18-year-old Simphiwe Mambane.

“Hard work pays off and I am grateful for this chance,” Mambane said.

“I am working hard to break into the team and if given the chance I will give 120 per cent. I am happy to have joined the Spurs family, I am looking forward to my time at the club.”

Spurs will offer Mambane a first taste of professional football after honing his skills in South Africa’s lower league in the Northern Cape province.

Ikamva is a proven nurturing ground of young talent and we wish the left-winger all the best in his time at the club.
Share Post: