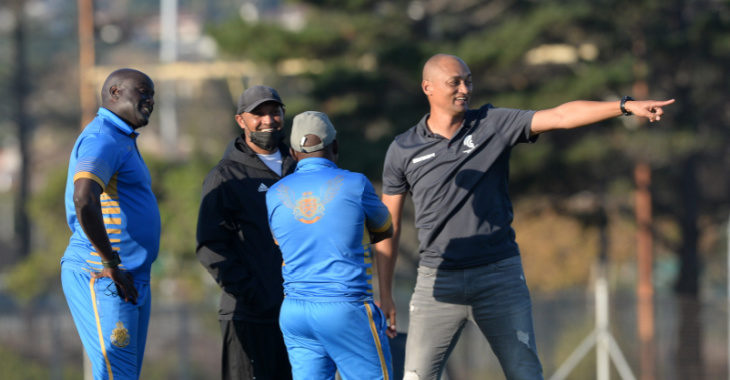 Cape Town Spurs will be hoping to confirm their GladAfrica Championship status with victory over Free State Stars on Sunday. Kick-off is at 15h00 CAT.

Spurs make the tough trip up to Goble Park on the penultimate weekend of the 2020-21 league season.

With two games to go, Spurs still have their future in their own hands but will need to win both matches to be guaranteed a place in South Africa’s second division next season.

The Urban Warriors sit a single point and place above Steenberg United and 15th spot on the league standings.

“Obviously we want to retain the club’s status,” said Spurs head coach Dylan Deane. “This club has a strong history in Cape Town and Cape Town football needs Spurs to remain in the GladAfrica Championship.

“In future the goal is to get the club back into the Premiership, so for the people of Cape Town and our supporters it is very important that we apply ourselves on Sunday to ensure that we bring the joy back and to make sure we can continue to give opportunities to this community.

“I think the important thing in training is to put the players in the position in which they can expect to find themselves on Sunday. So we have been trying to mimic a lot of what the opponents do and obviously it is very important to remain calm. Most of the time football will run its course if you do things probably,” he added.

Deane is consignant of the fact that nerves might come into play but is confident Spurs will put in a performance that yields the desired result and subsequently eases pressure at Ikamva.

“The players just need to understand that each and every one of them need to be on top of their game,” Deane said. “At this critical time of the season, we need to be on top form and it will come down to the small details and how we deal with that.

“My role and that of the technical team is that when the players take to the field that they are calm and can apply themselves with a good attitude and the important thing is obviously how we react to difficult situations.

“The players are ready to go out there and give their all for the club. They want to do it for the club,” he concluded.