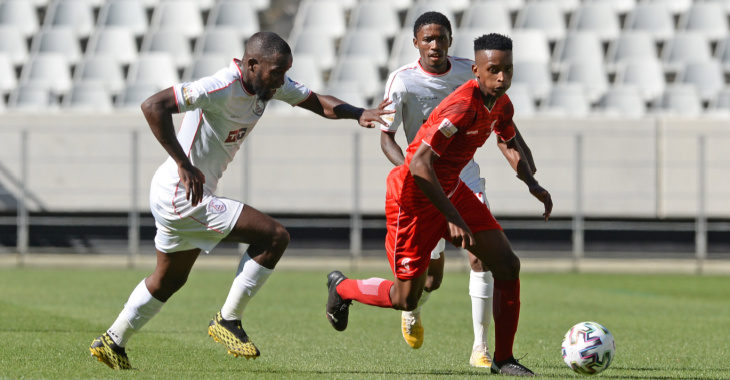 The Urban Warriors would’ve taken a huge step towards confirming their 2020-21 GladAfrica Championship status with a positive a result, but a 3-1 defeat to Free State Stars leaves Spurs with a mountain to climb on the final day of the league season.

Spurs opened the scoring through Thendo Mukumela in the 25th minute. Playing in a more advanced role, Mukumela showcased his efficiency in front of goal once more as he powered home a header from a pin-point Abednigo Mosiatlhaga cross to give the visitors a narrow lead at the interval.

Stars pulled level seven minutes after the break as Kamogelo Sambo nodded past Lincoln Vyver from a free-kick.

Ea Lla Koto pulled ahead in the 71st minute when a shot deflected off Jairo da Silva and into the back of Vyver’s net. Stars made sure of the result with six minutes of regulation time remaining from another set-piece to condemn Spurs to 15th spot on the league standings.

The Urban Warriors will need to better Steenberg United’s result next Sunday to avoid relegation. Spurs host Pretoria University at Cape Town Stadium on the 23rd of May.