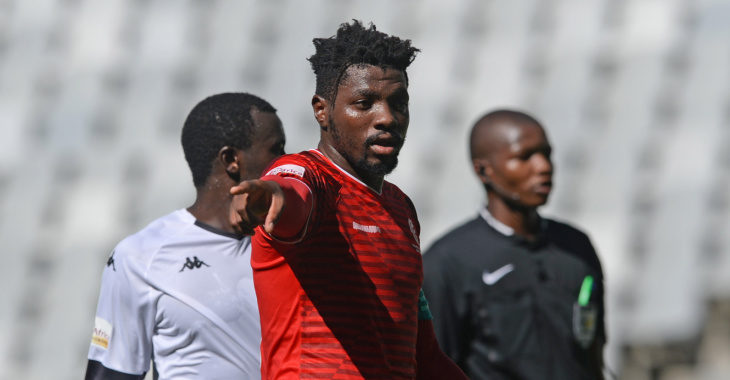 Cape Town Spurs know that victory on the final day of the 2020-21 GladAfrica Championship season could still not be enough for the club to avoid relegation to South Africa’s third tier.

Spurs go into matchday 30 in 15th spot on the league standings, level on 30 points with Steenberg United in 14th, but behind their Cape rivals on goal difference.

As a result, if the Urban Warriors are to stand any chance of survival they’d need to better Steenberg’s result or in the case both teams win – Spurs will need to score a bucket load of goals, as to eradicate their relegation rival’s advantage.

Spurs will bring a close to their season at home to University of Pretoria at Cape Town Stadium while Steenberg face promotion-chasing Richards Bay FC. All games will kick-off simultaneously at 15h00 CAT.

Despite the odds being stacked against his team, Spurs utility centre-back Thendo Mukumela is confident that the Urban Warriors will survive the chop.

“I think the team morale is good, everyone seems positive regardless of the results of late. The team is ready, the guys are ready to give it their all to make sure we keep Cape Town Spurs in the GladAfrica Championship,” Mukumela said.

“It has been a difficult season, for me especially. It has been my worst season as a professional. But I think all we have to do is be positive, fight, do what the coaches tell us to do and just to apply ourselves 110%.”

Spurs lost 2-0 to AmaTuks in the reverse fixture earlier this season.