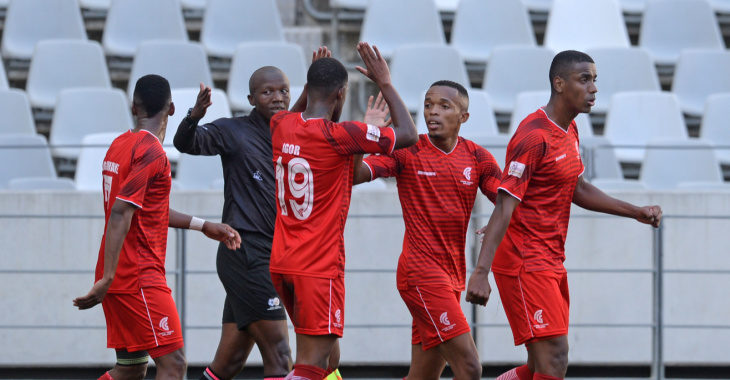 Cape Town Spurs will compete in the GladAfrica Championship next season following a 2-1 win over the University of Pretoria at Cape Town Stadium on Sunday.

Spurs went into the final day of the 2020-21 season needing to better Steenberg United’s result in order to save their GladAfrica Championship status.

The Urban Warriors opened the scoring through a Abednigo Mosiatlhaga penalty just after the half-hour mark, but went into the half-time break level at 1-1 with Tumisang Mashele on target for AmaTuks in the Mother City.

Mosiatlhaga completed his brace five minutes after the interval following a rapid counter-attack and his strike proved decisive.

With Richards Bay FC earning a 4-0 win over Steenberg, Spurs’ survival was confirmed.

Victory moved the Urban Warriors up to 14th spot on the league standings and three points clear of the relegation zone. Spurs ended the 30-game campaign with a total of 33 points (8 wins, 9 draws and 13 defeats).