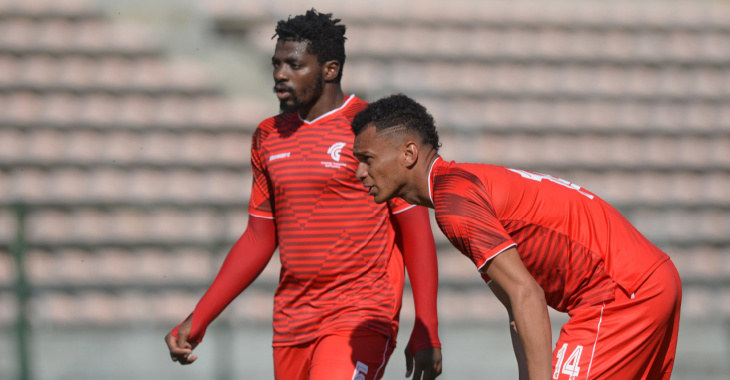 It turned out to be another frustrating day for Cape Town Spurs against Limpopo opposition as the Urban Warriors lost 2-0 to Polokwane City at the Old Peter Mokaba Stadium on Saturday.

Spurs were held to a 0-0 draw by Venda Football Academy in their opening game of the 2021/22 GladAfrica Championship season last weekend.

Rise and Shine opened the scoring in the 16th minute with their first chance of the match. A cross-cum-shot deceived goalkeeper Lincolln Vyver before hitting the woodwork – twice – and finally the back of the net.

Spurs dominated the remainder of the half and most of the second-half with both Eyona Ndondo and Cohen Stander failing to get onto the end of dangerous crosses into the area before the hour mark.

Junior Sibande then headed over from close range in the 64th minute before Abednigo Mosiatlhaga sent a low drive inches wide of goal with 71 minutes on the clock.

Spurs squandered another glorious chance to level matters in the 83rd minute. Jarrod Moroole drove forward from deep before finding Mosiatlhaga who also failed to test the goalkeeper from close range.

Having failed to take any of their catalogue of chances, Spurs were punished as Rise and Shine doubled their lead in second-half stoppage-time to claim all three points.