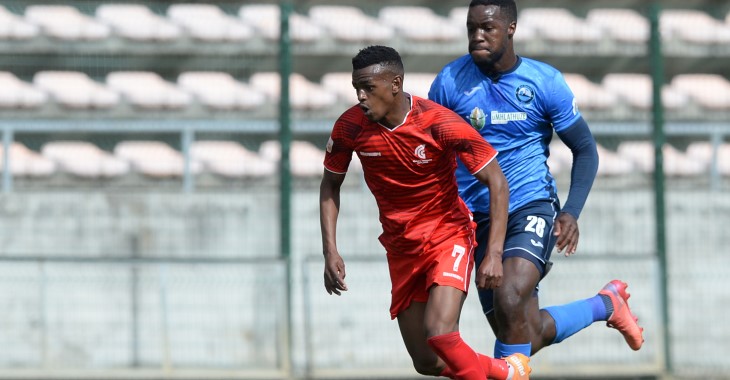 It proved another difficult day at the office for Cape Town Spurs who lost 2-1 to Richards Bay FC in a 2021/22 GladAfrica Championship match at Athlone Stadium on Sunday.

Spurs recovered from a slow start to dominate most of the first half but fell behind on the cusp of half-time following a Sakhile Hlongwa goal for the visitors.

The Urban Warriors bounced back after the break with an equaliser from club captain Bevan Fransman. Jarrod Moroole picked out the towering centre-back who nodded home for his first in a Spurs kit just short of the hour mark.

Shaun Bartlett’s men aimed to ride the wave of confidence achieved by Fransman’s goal but the Natal Rich Boyz’s defence stood firm and having weathered the storm, the visitors hit the front in the 78th minute through Siyabonga Vilane.

Spurs tried to push for the equaliser in the closing stages, but another goal was not forthcoming.