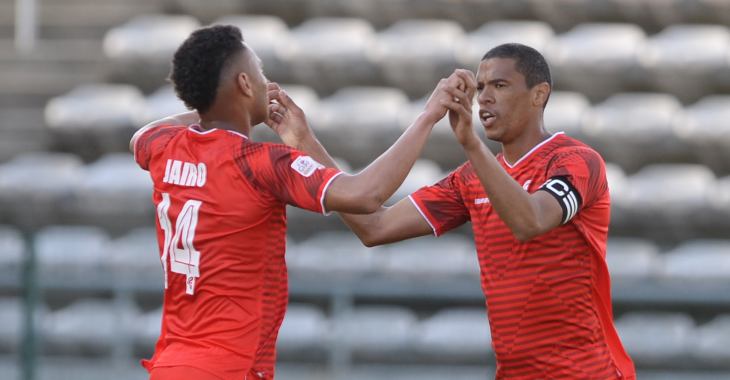 The Urban Warriors scored four second-half goals to claim an emphatic win in Thohoyandou, for only the club’s second victory of the league season.

JDR travel down to the Mother City on the back of a 1-1 draw at home to Richards Bay FC and top of the league standings on 25 points after 13 matches, two clear of AmaTuks in second.

“Playing the log leaders this week, JDR, will definitely be a tough game for us,”  said Spurs head coach, Shaun Bartlett, ahead of this weekend’s match.

“But we take pride in the fact that the game is at home and obviously based on our last game, away to TTM, where we got a decent result – was a great performance by the players but like I said to the team: ‘We’ve set the benchmark, we have got to keep standards up’.

“Especially at home, irrespective of who we are playing, we need to take the game to the opponent and try and go for the victory. Home games are very important, not just to climb the league table but also if you are to compete for top spot and promotion to the DStv Premiership.”

Bartlett believes his team should take confidence from the win away to TTM and is hopeful that the Urban Warriors will use that result as a springboard for the remainder of the campaign.

“We should be confident going into the game, but not arrogant, and as long as we do the basics and keep everything simple – we know exactly how we will approach the game – and hopefully the game this coming Sunday will also be good.

“The victory against TTM is a foundation to build on and we need to make sure we go onwards and upwards,” Bartlett added.