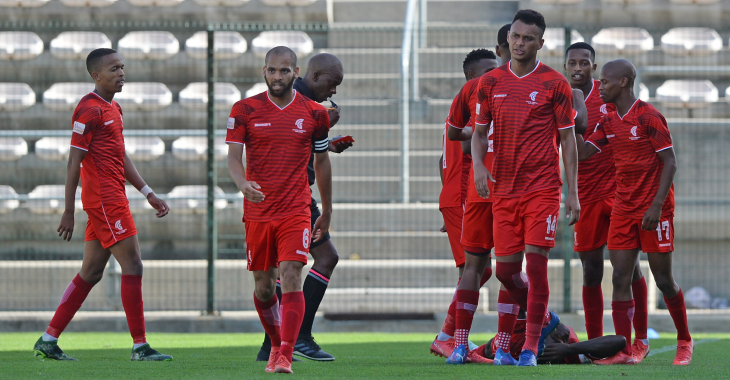 With Cape Town Spurs set to resume their 2021-22 campaign this coming weekend with a GladAfrica Championship match away to TS Sporting on Saturday 19 February, we take a look at the numbers which have defined the Urban Warriors’ season thus far.

17 – The number of GAC matches played by Spurs (as well as all other teams in the league).

1 – Only one Spurs player, Jarrod Moroole, has started all 17 of their GAC matches so far this season.

4 – The number of victories recorded by Spurs: 1-0 (home) and 4-0 (away) over Tshakhuma Tsha Madzivhandila, 2-1 at home against TS Sporting, and 2-0 at home to Black Leopards.

4-0 – Spurs’ biggest win of the season was their comfortable 4-0 triumph away to TTM in November 2021, a match which featured goals from Ashley Cupido (two), Jairo da Silva and Keoikantse Mosiatlhaga.

16 – The number of goals scored by Spurs in the GAC this season. Only eight teams have scored more than the Urban Warriors thus far.

19 – The number of goals conceded by Spurs in the GAC this season. Only three teams have conceded more than the Urban Warriors thus far.

8 – Of Spurs’ 13 remaining GAC matches, no less than eight will be played away from home.

12 and 7 – The respective number of points separating Spurs from the top and bottom of the GAC log.

91 – The number of days from today, Monday 14 February, until the final day of the GAC season on 15 May, when Spurs will have their last match, away to Richards Bay.