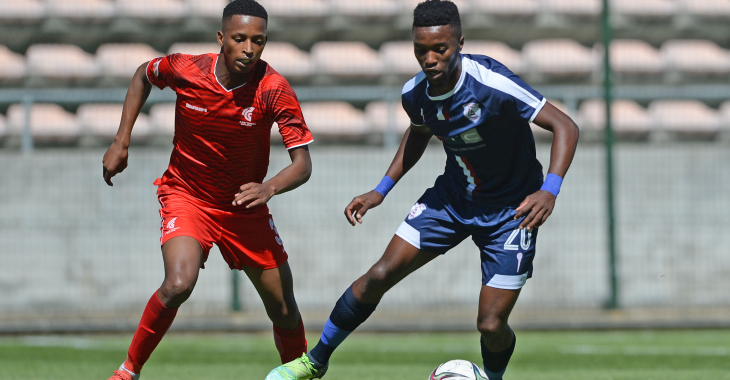 Cape Town Spurs fell to a narrow 2-1 home defeat at the hands of Free State Stars in a GladAfrica Championship match played at the Athlone Stadium on Tuesday afternoon.

The Urban Warriors found themselves 2-0 down after 65 minutes despite dominating Ea Lla Koto, and even though a Mosiatlhage Abednigo gave them something to fight for to the final whistle, it was not to be for coach Shaun Bartlett and his charges.

Spurs started strongly and created early chances for Ashley Cupido, Abednigo and Liam Bern. Abednigo had the best opportunity on nine minutes when he latched onto the rebound from a one-on-one between Cupido and the Stars goalkeeper, but he was unable to hit an unguarded target.

The Free State side then claimed the lead against the run of play just past the midway point of the first half, though their effort beyond Spurs goalkeeper Zama Dlamini had more than a hint of offside about it – with the home side offering up vocal protests to the match officials.

The Urban Warriors looked for a reply through Chumani Butsaka on the half-hour mark, but the young midfielder sent his long-range effort just wide of the target.

Abednigo also struck an effort narrowly off the mark direct from a free kick, with Spurs dialling up the pressure in the remainder of the first half in an effort to level the game before the interval, but Ea Lla Koto were able to weather the storm and hold a 1-0 advantage.

Spurs made a double change at the start of the second half, introducing Moises Pedro Amor and Eyona Ndondo off the bench, and the home side proceeded to pick up where they left off before the break, pinning Stars back in defence and threatening a goal.

However, the Free Staters claimed a sucker-punch second goal, once more against the run of play, to double their advantage to 2-0 in the 65th minute, as the Urban Warriors were caught cold on a counter attack.

Spurs pulled a goal back and gave themselves hope of a comeback when they put together a fine attack which ended with Abednigo netting in the 68th minute, reducing the deficit to 2-1.

Eight minutes later Abednigo was presented with another chance after good work from Amor to carve open the Stars defence, but the offside trap halted Spurs’ attack in mid-stride.

Spurs kept knocking on the door in what remained of the game, but to no avail, as Stars were able to hold out and secure a victory.

The defeat is the Cape side’s sixth in the GAC this season and leaves them in 11th place on 21 points – with the potential to drop further places depending on results elsewhere in the division.

Spurs will be back in GAC action on the afternoon of Saturday 26 February when they face local rivals Cape Town All Stars in an away match.