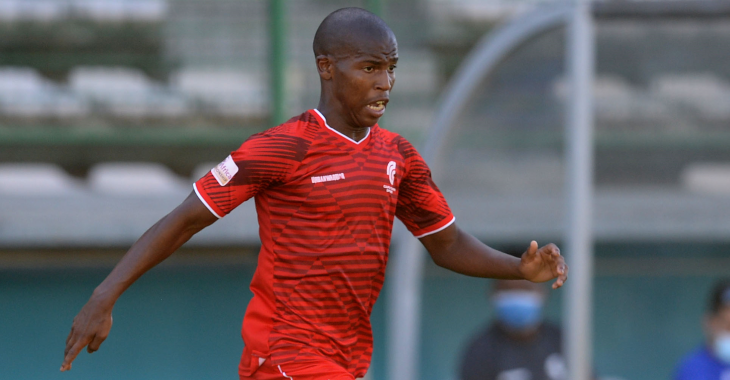 Cape Town Spurs had to settle for a point in the GladAfrica Championship on Tuesday after Venda Football Academy came from behind to rescue a 1-1 draw at the Thohoyandou Stadium.

Shaun Bartlett’s side were on top in the first half and went into the break with the lead, given to them by Chumani Butsaka in the 43rd minute, but Kgothatso Mariba hit back for VFA early in the second half to earn a share of the spoils.

The Urban Warriors were looking to register back-to-back wins in the league for the first time this season and they had an early sniff at goal when Rushwin Dortley send a free-kick just over the crossbar from a good position in the eight minute.

Spurs threatened again four minutes later as Ashley Cupido forced Abdoulaye Kante into a fine save with a fierce shot after being fed the ball on the right by Chico Bunga, who was unable to convert the rebound.

The duo were heavily involved once more on 21 minutes when Cupido’s cross found Butsaka inside the box and he combined with Khaya Mfecana to tee up Bunga, but the Angolan’s snapshot was deflected wide of the target by the defender.

Bartlett’s boys almost opened the scoring from the resulting corner, only for Bunga’s header to be cleared off the line by the defender.

Their efforts were finally rewarded two minutes before half-time through a cleverly-worked free-kick, which unlocked the home defence and Butsaka was on hand to provide the finishing touch from close range.

Venda made two changes at the start of the second half and it paid dividends as Mariba restored parity on 55 minutes.

Spurs battled to get going in the second stanza, although Moises Amor and Asenele Velebayi began to make an impact once Bartlett introduced them from the bench just after the hour mark.

VFA were indebted to Kante for keeping them level in the closing stages when he pulled off a smart save to deny Jarrod Moroole from distance in the 84th minute, while Zama Dlamini came up trumps for the Urban Warriors at the death with a superb stop to prevent the hosts from snatching victory in stoppage time.