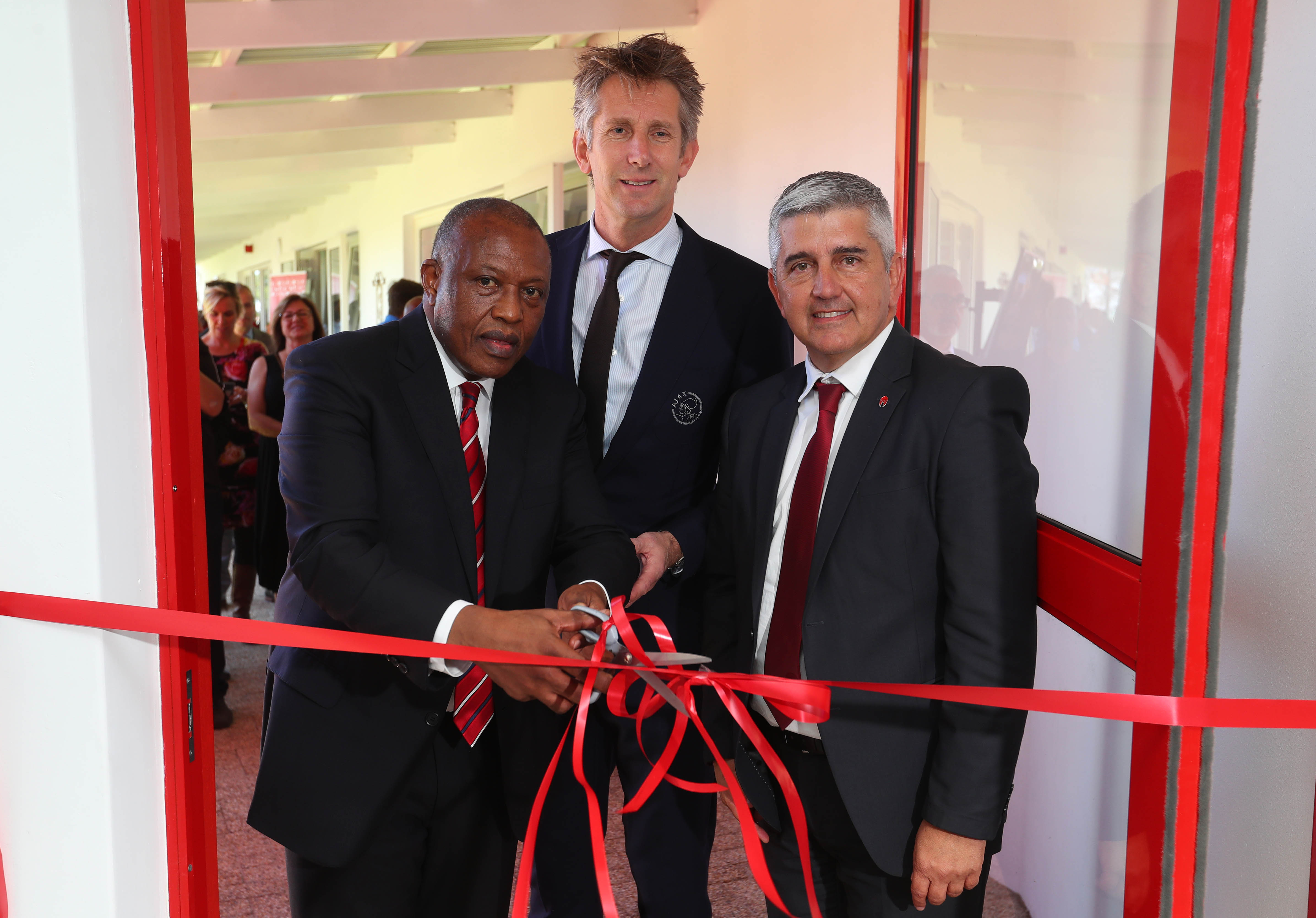 At Ajax there has been and always will be a huge emphasis on the youth.

Key in our philosophy is developing young talents from our academy to top class first team players.

As a brand, both in the Netherlands and in South Africa, we as Ajax Amsterdam and Ajax Cape Town have made it our goal to enrich the lives of the youth across both the European and African continent, and sometimes even beyond our borders.

Over the past two decades the Ajax Cape Town youth academy has proven its value in uplifting the standard of South African football, and the latest developments are sure to enhance this vision and further entrench the club as the best in nurturing talent for stardom locally and abroad, while also bringing hope to budding football stars in the Mother City and across South Africa.

Everyone at Ajax Amsterdam is excited by the continued growth of the youth academy and the Ajax name as a whole, with the Lambda Ajax Cape Town Institute to break more boundaries and set the marker for others to follow. 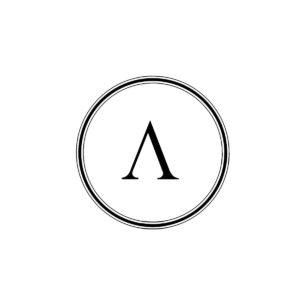 Since the inception of Ajax Cape Town (Ajax CT) in 1999, the youth academy has led the way in South Africa, and possibly Africa, as the front runner in youth development.

Over time, and after 19 years of our existence, competitors have copied our model in many ways, and although Ajax CT remains the leading light in the development of young talented footballers, the time has come for the club to take the next major step in this field and lead the way to youth development excellence.

In order to make the next big step and in order of achieving vastly improved results from our youth academy, we believe that the setting up of the Ajax Lambda Institute (ALI) is essential.

The only objective of the ALI would be to nurture and prepare young African talent for the top European leagues. The aim would be to annually promote at least 2-3 players for the European market (preferably for Ajax Amsterdam) and 4-5 players to graduate from the ALI into the Urban Warriors First Team side.

We are excited by this new venture and strongly believe that this step will set the trend for youth development on the continent. Our Youth is Our Future.

The naming of this Institute has the same Greek foundation on which Ajax was built. Ajax was a Greek warrior in the Trojan War and sticking to the strong roots of our club, the name Lambda (Λ) was duly selected.

The letter Lambda (Λ) was painted on the Spartans’ shields. It was first adopted in the 420s BC, and quickly became a widely known Spartan symbol.

Lambda (Λ) is the 11th letter in the Greek Alphabet, symbolizing the 11 Urban Warriors that do battle on the pitch. Moreover and suitable so, the Ajax Amsterdam and Ajax Cape Town emblem consists of 11 fragmented pieces.

Military families passed on their shields to each generation as family heirlooms. They were of such great importance in the Spartan army that while losing a sword and a spear was an exception, to lose a shield was a sign of disgrace.

The letter symbolizes strength, respect, unity and teamwork – values that are entrenched well within the Ajax code of conduct and values that will serve graduates of the Ajax Cape Town Lambda Institute in good stead on their way to all-conquering football careers. 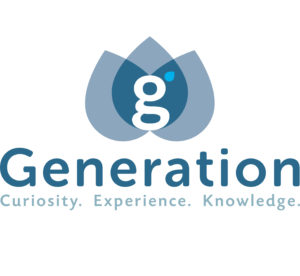 Providing a relevant and sustainable solution is a challenge that faces not only South Africa but many other countries. However, Generation is addressing this challenge by focusing on what we want to solve- bridging the gap between studies and employment. We see such synergy in working side by side with AJAX CT to build our country by building into these young men’s lives.

We recognise that the product we need to offer these players must be relevant, flexible, sustainable and offer opportunities beyond, both, the borders of South Africa and the soccer field.

Therefore, this project has provided unique challenges to which Generation has thrilled to respond. This is the future!

Generation International College is flexible and relevant supportive learning system that will provide soccer players with a qualification and the skills to make them marketable, both on and off the field, AND realising the golden thread from studies into employment. We know that providing these young men with the discipline of study will give them the advantage they need to compete in a hard world. This system is not limited to the AJAX CT classroom. They can study whenever and wherever they find themselves, giving them the flexibility to pursue a career of playing soccer without limiting other professional pursuits.

This is not the traditional route to a career. However, neither is choosing a career at 14. GIC can offer each player a vocational route that will enable him to leverage his skills uniquely in the job market, whatever that may be.

Generation has embarked on a Sport Clubs focus which not only realises the Golden Thread; of students progressing from studies into employment but also from youth sport into various professional environments through the agility of Generation International College and enabling education on demand.

Young people need to be equipped through the education process to thrive in a world where divergent thinking can transcend any problem. The process of creating divergent thinkers is deliberate and measured. We are committed to this education process, within this partnership, in order for these young men to rise and thrive in a world full of challenges. 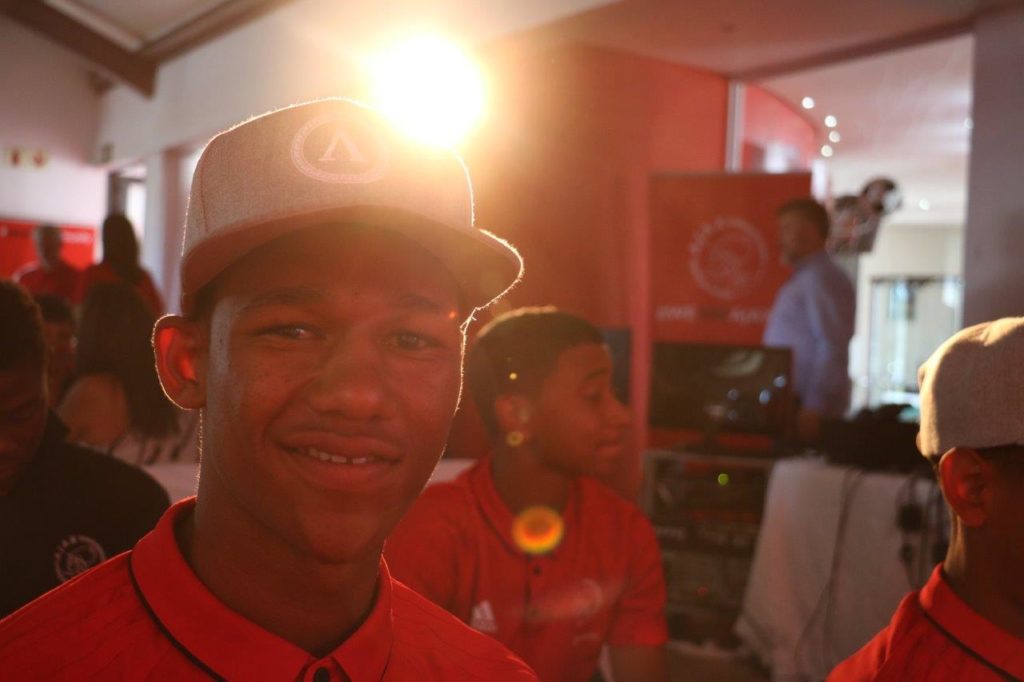 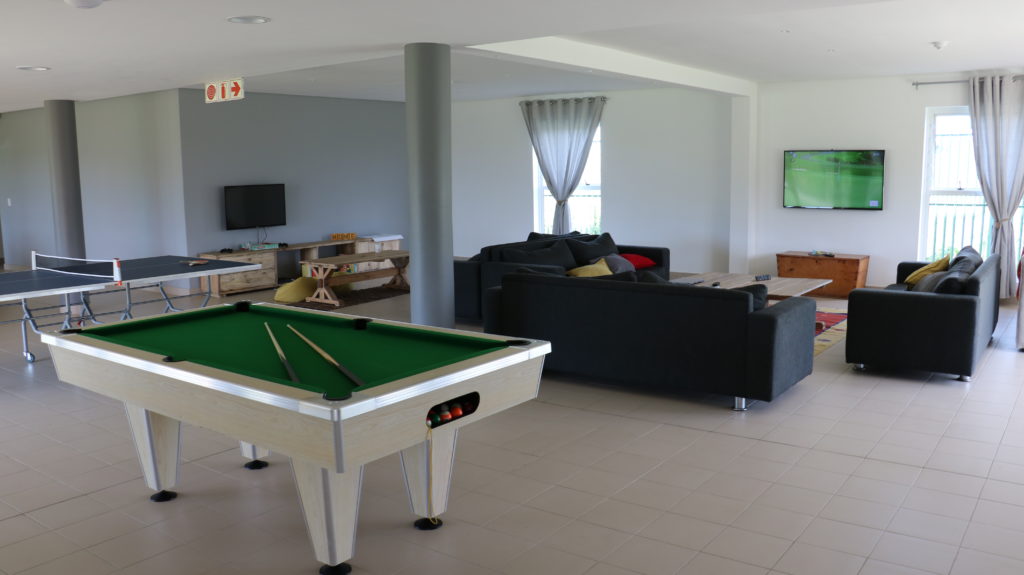 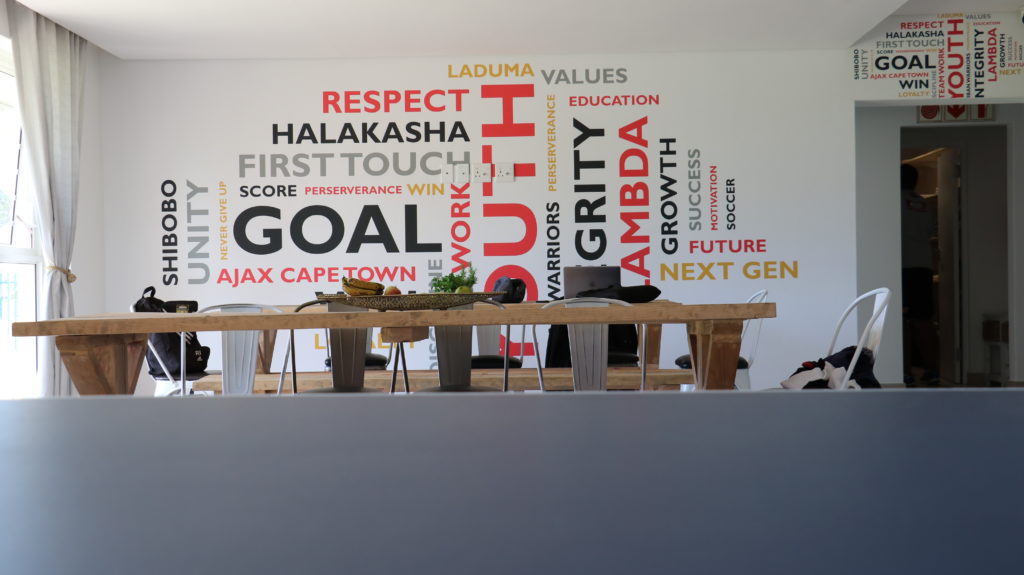 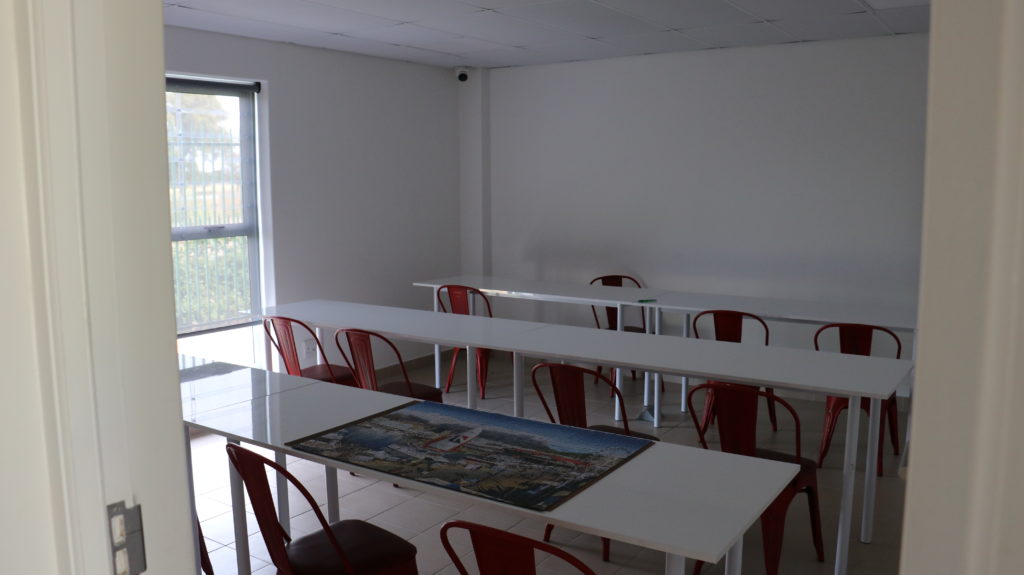 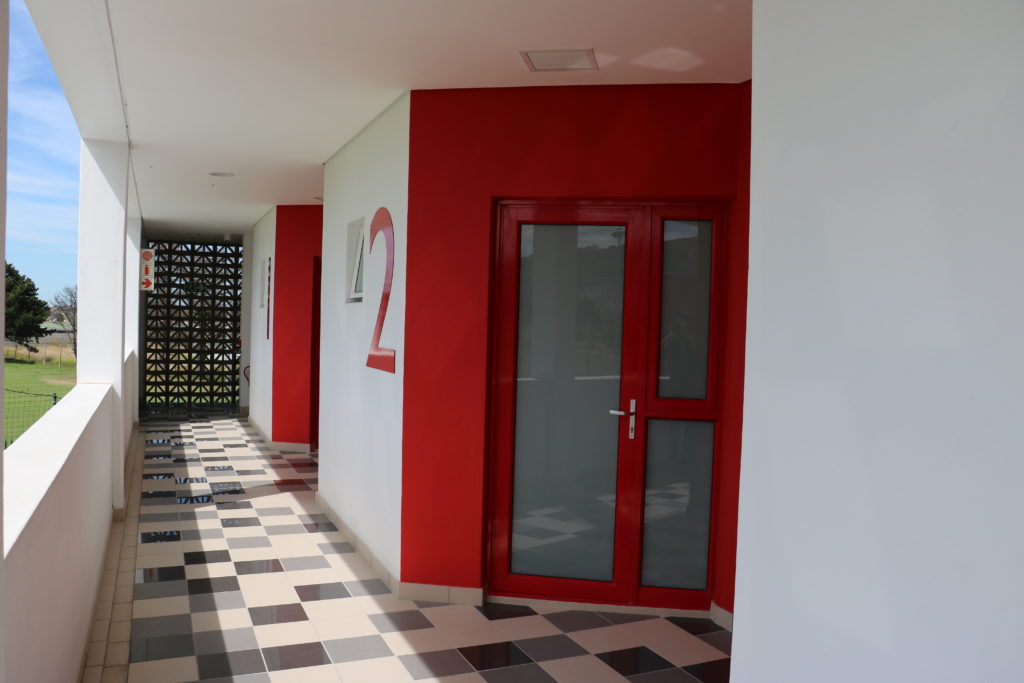 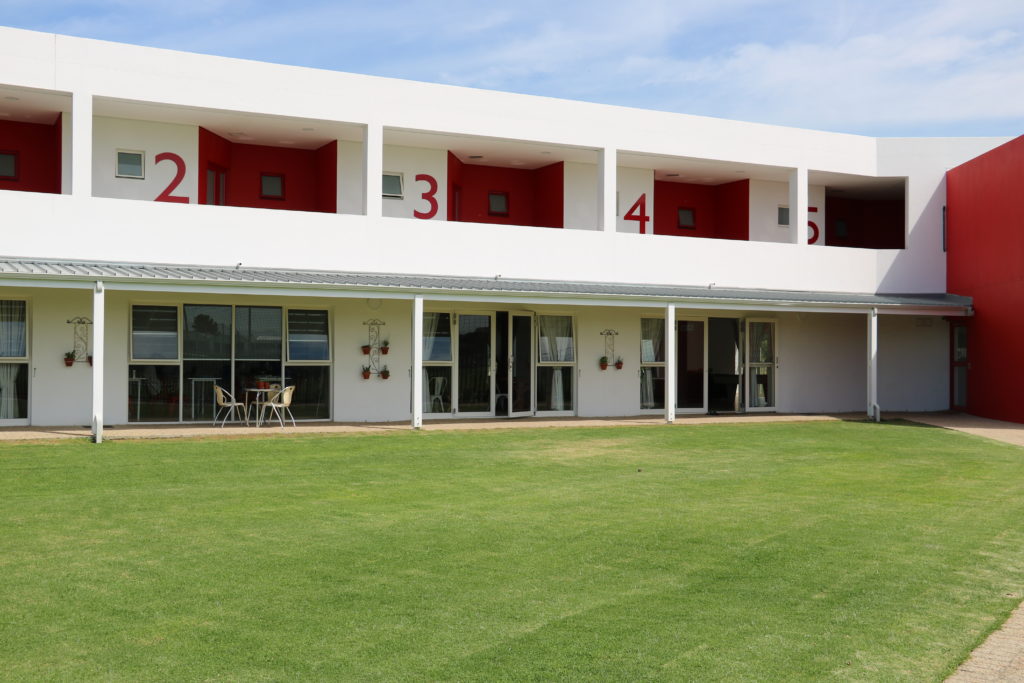 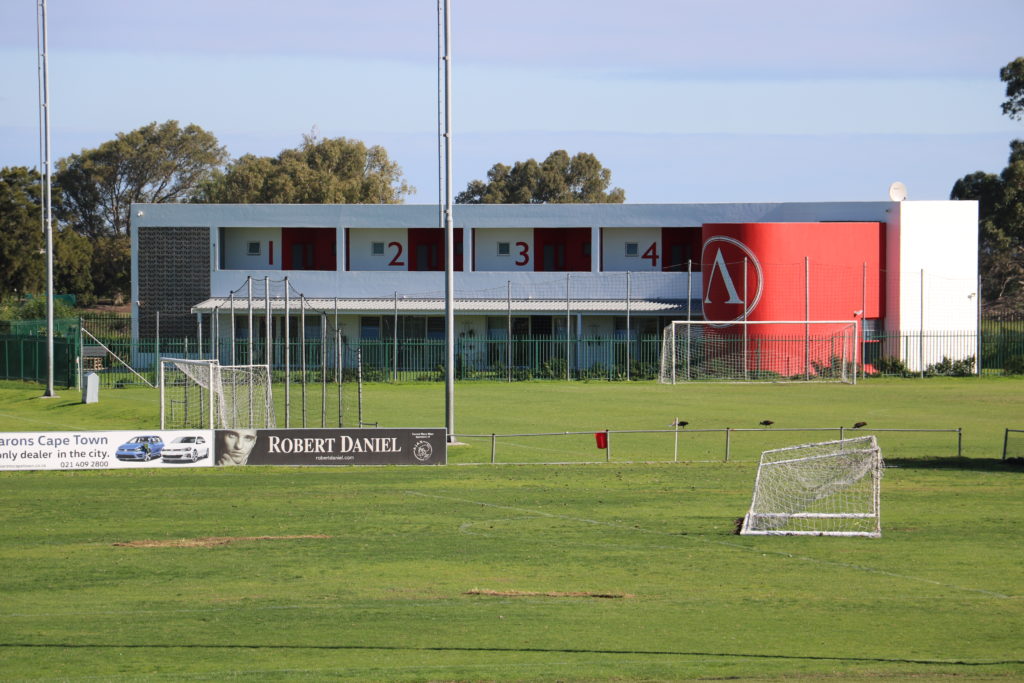