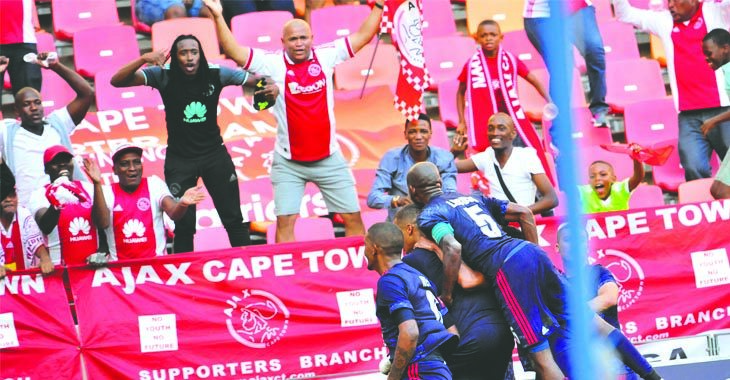 The game got off to a rather cagey start with both teams not willing to push men forward in attack.

Zakri should’ve put the visitors ahead in the 31st minute following a weaving run, but Paseka Mako got back well to deny the Ivorian who looked sure to score.

At the other end of the pitch, Mako again proved his worth with a rasping shot that cannoned off the woodwork.

Goalless at the break.

The Chilli Boys hit the front in the 53rd minute through Mxolisi Macuphu who made no mistake from close range, after the ball fell at his feet from a corner-kick.

The goal breathed life into the visitors with Ajax Cape Town pushing men forward in attack in search of an immediate reply. Chippa, though, are always a danger on the counter and were only denied a second by the post with Mark Mayambela aiming to sink his former employers.

Zakri, though, never stopped running and reaped the rewards in the 90th minute as he latched onto a defensive blunder to earn the Urban Warriors a vital point on the road.