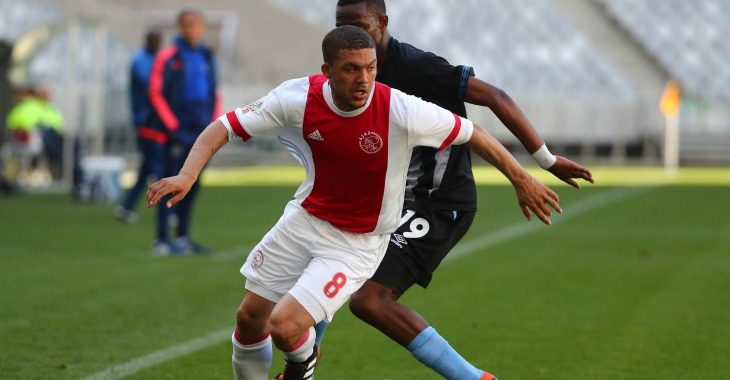 The game was the Urban Warriors second of the 2018-19 National First Division (NFD) season, following a 2-1 win over Jomo Cosmos in Vosloorus.

Umoya [formerly Platinum Stars], who hosted a game for the very first time, started with several former Ajax Cape Town players with Nathan Paulse, Roscoe Pietersen and Shane Saralina among those involved from the onset.

Ajax Cape Town’s best chances of the match came through Prince Nxumalo who was especially unlucky not find the back of the net with a looping header in the second-half.

Neither goalkeeper, though, was really stretched throughout as the game eventually ended in a 0-0 stalemate.

Next up for the Urban Warriors is another Ikapa Derby showdown. Our first home game of the campaign is against Stellenbosch FC at Cape Town Stadium on Saturday 01 September, kick-off is at 15h00.