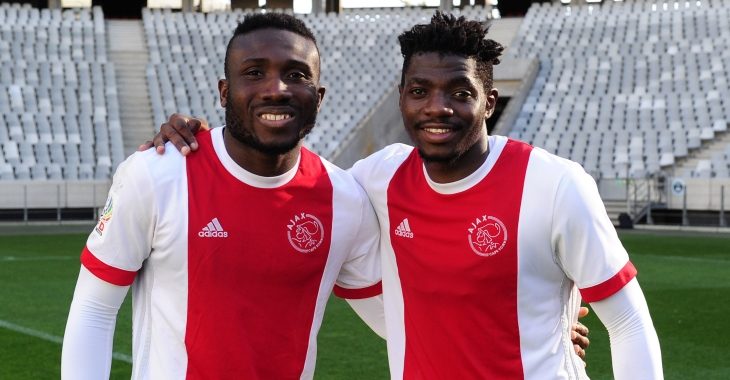 We caught up with Ajax Cape Town defender Thendo Mukumela ahead of this weekend’s National First Division (NFD) match against Richards Bay on Sunday. Kick-off is at 15h00 and the game will be broadcast LIVE on SSP4.

The 20-year-old has made an instant impact at Ikamva since his move from Mamelodi Sunndowns in August, starting all five of the club’s NFD matches thus far.

Thendo, you’ve made an instant impact at the club – personally, how do you feel you’ve settled in?

“At first it was not easy, I adapted to the weather, I adapted to what the coaches want from me and 5 games later I am playing at my best and I scored my first goal last week [vs Maccabi FC].”

Was that your first professional goal?

What do you make of the ball by Rodrick to set you up for the goal?

“It was a very good and thanks to him and the team for making it possible, I was really happy to get off the mark and I think it showed!”

What are your thoughts on the upcoming fixture away to Richards Bay?

“It is going to be very tough, but that said, the team is mentally and physically prepared for the challenge. We want to go there and win, so that we can take another step towards being champions of the NFD at the end of the season.”

Players like yourself, Grant, Masilakhe and Sirgio were all at the U20 World Cup last year, you are all playing regularly this season. Certainly that bodes well for the club…

“I think we have a very good group of young players at the club and in the country, if you look not only Ajax CT, but most players we played with in South Korea, they are all playing for their respective clubs. All of them are making an impact in South African football.”