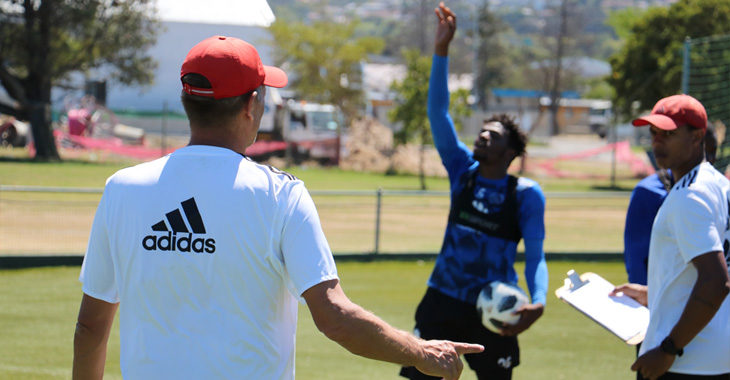 Ajax Cape Town faced off against fellow Cape Town team; Cape Umoya FC on Sunday the 14th of April, the match took place at Cape Town Stadium in what some would describe as a heated affair.

Match report: Ajax CT started the half well as they controlled the ball for the first 25′ minutes with great attacking breaks, down the right and left flank as Johannes (18) & Sasman (21) sent some telling crosses into the Cape Umoya box. The first real chance came for the Urban warriors men, Ajax broke down the Umoya back line with Verhaar hitting the ball at the corner but the Umoya keeper denied him his 5th goal of the season. Umoya almost managed to put themselves on the score sheet as a cross came into find ex-Ajax player Nathan Paulse’s head as he hit the crossbar. First half ended on a heated note as both teams were putting hard tackles and earning themselves yellow cards.

2nd half began slowing and started to pickup towards the 60th minute as Umoya changed the strategy and started pressing higher looking to break down Ajax’s passing game. The Spirited ones ventured too high up as Ajax caught them on the counter attack as a crossed ball from the left hand side of the pitch landed behind Morris, he twisted around and connected the ball well enough to put it into the Umoya goals. The second half continued to be a backwards and forwards game, Ajax then decided to close up shop in the 85th minute by holding a tight defensive line to play out the game to a victory over Ajax’s local rivals.