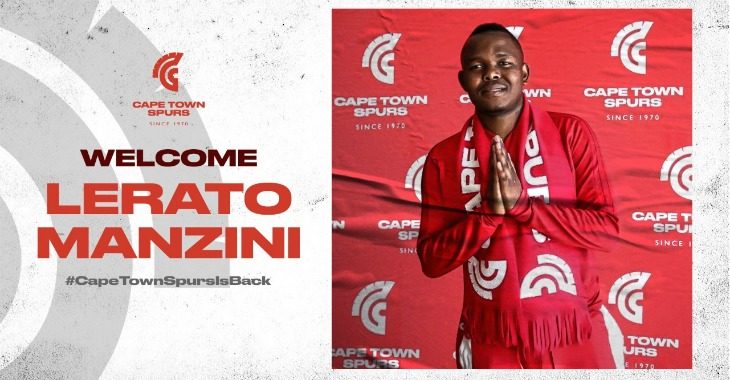 Cape Town Spurs have agreed a deal to sign Lerato Manzini, subject to him passing a medical.
The 29-year-old last played for Chippa United in South Africa’s top-flight and joins the Urban Warriors on a free transfer.
Manzini rose through the ranks at Bloemfontein Celtic and was part of the team that won the 2012 Telkom Knockout Cup with victory over Mamelodi Sundowns in the final. He moved to SuperSport United on-loan for the 2014/15 season and won his second TKO title as Matsatsantsa overcame Platinum Stars at Orlando Stadium.
He joined Chippa United the next season and spent over four years at the club before leaving the Chilli Boys at the end of last year.
Share Post: