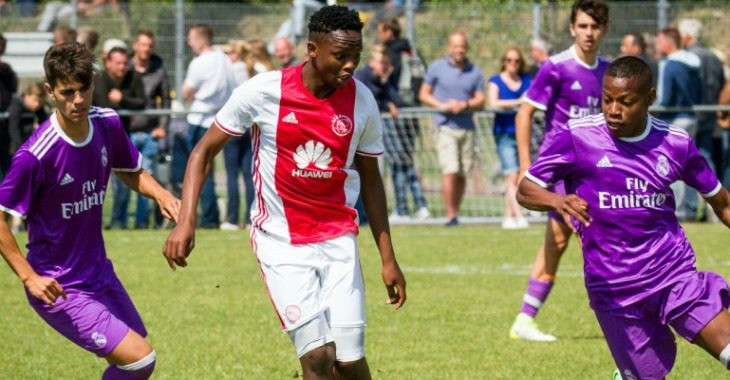 Sonwabile Mfecane and Oswin Appollis found the back of the net for Duncan Crowie’s troops as they ended their European Tour on a high note.

Having touched down in the Netherlands over two weeks ago, Young Ajax kicked-off of their campaign with a 2-0 win over Manchester United in the Terborg Toernooi.

The South Africans duly stormed into the final, but were unlucky not to come up trumps in the showpiece – losing to Brazilian club side Atletico Mineiro to finish as runners-up.

Ajax Cape Town’s Leo Thethani, though, was named as the Player of the Tournament to cap a superb showing in Terborg.

Onto Uitgeest where AZ Alkmaar, Vitesse and Torino awaited in the group stages. Victory over Vitesse was followed by a 1-0 defeat to AZ, but a 5-1 thumping of Torino would seal the Urban Warriors place in the knockout stages as group winners.

Tashreeq Matthews bagged a brace in a 2-0 win over ADO Den Haag in the quarterfinals to set up a re-match against Vitesse. Young Ajax unlucky to miss out on a place in the final with Luke Vester squandering a golden chance to put the Urban Warriors a goal up from the penalty spot in the semifinal showdown.

Ajax Cape Town, though, bounced back in their final game of the tour to leave the Netherlands on a high – defeating Los Blancos through second-half goals from Mfecane and 15-year-old Appollis.

Young Ajax will return to the Mother City on Tuesday, 06 June 2017, with scheduled time of arrival at Cape Town International Airport set for 21h00.