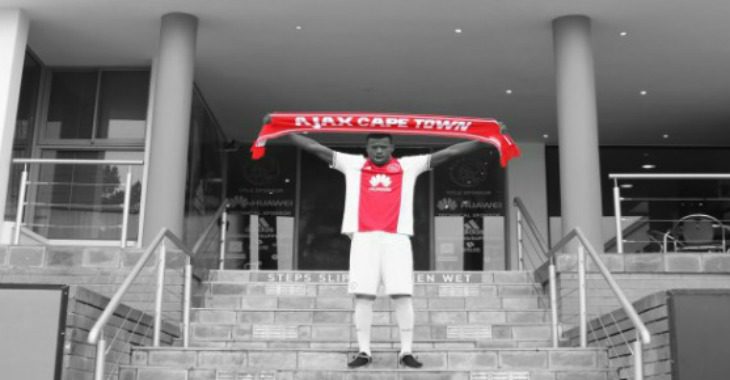 Isaac Nhlapo recently joined the Urban Warriors after signing a pre-contract in January. The defender has just started his second week of preseason.

The 26-year-old is enjoying the Mother City and is excited with the new journey that he is about to embark on with the Urban Warriors.

“I am settling in and adapting to the new set up, but the weather is funny here. I also had a chat to a friend [Nhlanhla Shabalala] of mine who also played for Ajax,” said Nhlapo.

The strongly-built defender has played in the PSL since 2014 and comes to Ajax with a lot of experience.

Nhlapo added, “I am happy with the level of professionalism here at the team and hopefully winning a cup will be a reward for the team.”

The former Platinum Stars player has also featured for Bafana Bafana and hopes to get back to the national team set up by impressing the new coach Stuart Baxter.

“I am enjoying life under coach Stanley [Menzo] and coach Boebie [Solomons], they are a great team and I can only repay them by working hard,” said the defender.

Nhlapo is one of the new signings we have made to bolster our squad for the 2017/2018 season.

“My aim is to play regularly, be injury free and repay the Ajax Cape Town family for the faith they have shown in me,” concluded Nhlapo.