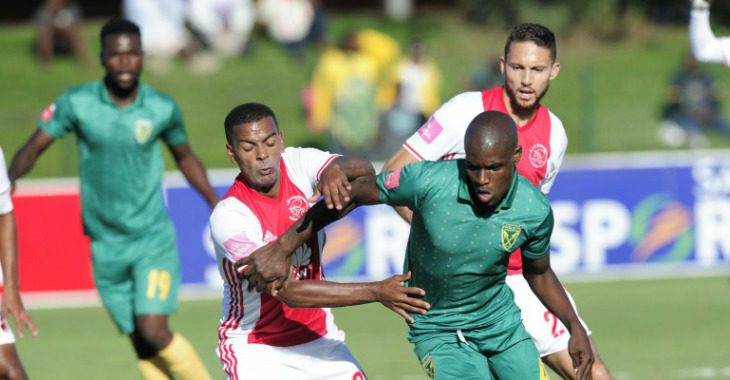 Ajax Cape Town will ignite their 2017-18 Absa Premiership campaign at home to Golden Arrows this Saturday.

Kick-off at Cape Town Stadium is scheduled for 20h15 CAT. Game will be broadcast live on SuperSport4.

Following what was a disappointing end to last season, the Urban Warriors are desperate to make a positive start to the upcoming campaign as reward for what was a demanding pre-season.

Head Coach Stanley Menzo put the players through their paces since the 3rd of July 2017, ahead of what will be his first full season in charge of the club having taken over the reins from Roger De Sa at Ikamva late last year.

Goalkeeper Brandon Petersen reflected on what was a competitive and fruitful pre-season for Menzo’s troops with the 22-year-old positive that the Urban Warriors will start the season with a win over Abafana Bes’thende.

“I think this was one of the better pre-season’s we enjoyed in the last few seasons or so, largely because we had the chance to go to Johannesburg,”said Petersen.

“Usually we only play against Bidvest Wits and then against National First Division (NFD) teams, but over the last month we played against SuperSport United, Maritzburg United and so on.

“I am really looking forward to the first game, I have a good feeling and I think the guys have done a great job – they’ve put in the hard yards and you could see in the pre-season games that the hard work is starting to pay off.

“I think it is important for us not to lose our momentum now, because previously we’ve started very slow – it has been a roller-coaster in the past, but I think – I am positive – that this season we will start with a bang,” Petersen concluded.

?⚽️| #UrbanWarriors, the wait is almost over!

We kick-off our #AbsaPrem campaign this Saturday.

?| Tickets are on sale at Shoprite Checkers and all Computicket outlets.

In head-to-head terms, Ajax Cape Town and Arrows have clashed in 32 league matches since 2000/01. The Urban Warriors have generally enjoyed the upper hand in the rivalry, claiming 12 wins compared to seven for the Durban side.

The Urban Warriors have a strong home record against Abafana Bes’thende, with eight wins, seven draws and just one loss from 16 turns as host.

Last season we took four points off our Durban counterparts, winning 1-0 in the ‘Mother City’ before playing out a 1-1 draw in the return game.