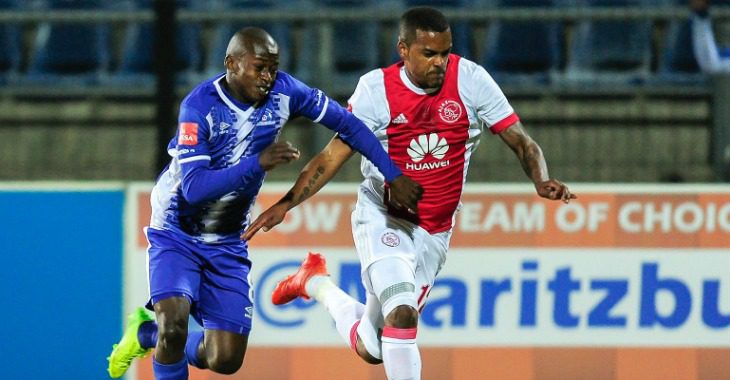 The Team of Choice making it four successive wins over their Cape counterparts as they subsequently climbed to the top of the log standings, with three wins from three games in all competitions this season.

Stanley Menzo was forced into an early substitution as Isaac Nhlapo made way for Junaid Sait after only 14 minutes. The former Stellenbosch FC man making his debut.

This seemed to unsettle the visitors who would fall behind on the half-hour mark. Rusike nodding home Bandile Shandu’s pin-point cross.

The Zimbabwean should’ve doubled the hosts lead in the cusp of half-time, but Brandon Petersen pulled of a world class save to deny the Team of Choice a second.

Tashreeq Morris had the ball in the back of the net for the Urban Warriors 10 minutes into the second stanza, but his attempt was chalked off with the match official having adjudged that he had fouled the Maritzburg goalkeeper in the build-up.

Maritzburg duly doubled their lead with Rusike completing his brace in the 66th minute.

Ajax Cape Town tried their best to find a way back into the encounter, but Fadlu Davids’ troops stood firm.

Rodrick Kabwe tried his luck late on, but Bongani Mpandle was up to the task. Not the Urban Warriors night, with the league now set to take a long hiatus due to the upcoming international break.