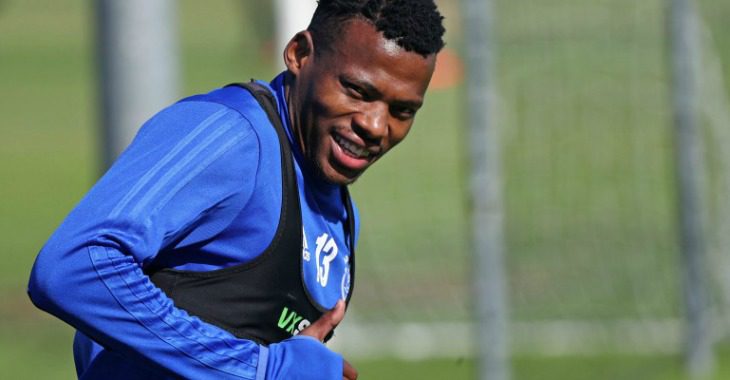 Isaac ‘The Lion’ Nhlapo has made quite the impression in his first few games for Ajax Cape Town, with his no-nonsense approach a welcome addition to the heart of the Urban Warriors defensive line.

The 26-year-old has started all four of the club’s games this season, partnering three different teammates [Rivaldo Coetzee, Erick Chipeta and Mario Booysen] at centre-back.

Nhlapo was particularly impressive in a 2-0 win over Polokwane City last Friday as Stanley Menzo’s troops finally got their campaign up and running.

Here he is reflecting on Ajax Cape Town’s progress, he also offers some insight into that nickname…

ON THE WIN OVER RISE & SHINE

ON THE URBAN WARRIORS DEFENCE

Look, we have only played a few games this season, but I think the combination is working well – we have a lot of options in defence and I think we are strong enough to stop the opponents in the league.

ON OUR UPCOMING GAME vs BAROKA

It is getting better, it is getting warmer and it isn’t as cold. I am really enjoying myself here.

ON THE URBAN WARRIORS FAITHFUL & THAT NICKNAME

I really appreciate the support that they [the fans] are giving us every week. On the name … [laughs]… look, I am a LION. I always give 100 percent and I always fight till the end, that is why they call me The LION.