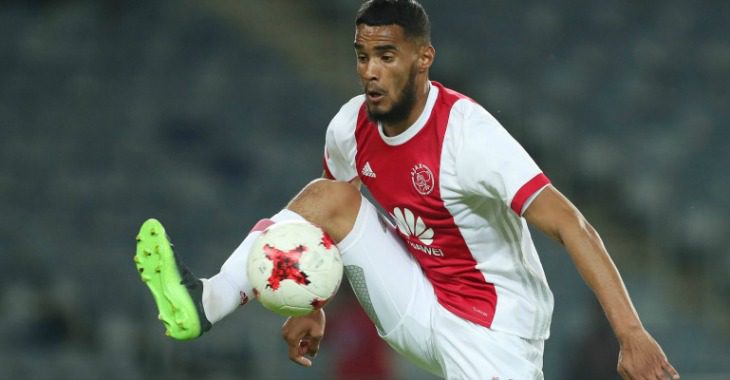 Baroka FC moved back to the summit of the Absa Premiership when they drew 2-2 against Ajax Cape Town on Saturday afternoon at Peter Mokaba Stadium.

The hosts netted through Richard Matloga and Lewis Macha, as the now have 12 points from six matches so far.

On the other hand, the visiting side scored courtesy of Roderick Kabwe and Tashreeq Morris as they secured a point.

Ajax began the proceedings on a high as they dictated the terms in the heart of the part from the first whistle.

Kabwe used their possession to good use as he netted a cracker of a goal in the second minute after unleashing a thunderous shot, beating goalkeeper Virgil Vries on his right corner.

The ninth minute saw the hosts pushing for an immediate response and Mathari Mothupa also tried a long range shot, but it went wide.

However, in the 11th minute, Bakgaga Ba Mphahlele received a penalty after the referee called for a handball in the box and Matloga converted from the spot.

The Urban Warriors pushed for another goal and Kabwe was denied by Vries from a close range and conceded a throw in.

With both sides exchanging possession in the last 15 minutes of the encounter, there were no opportunities in front of the goal – 1-1 at half time.

The Urban Warriors bounced back with more intent as they regained their lead through Morris in the 50th minute.

Morris received a wonderful pass from the right wing and he controlled the ball well, before slotting the ball into Vries’ left corner.

However, seven minutes later the hosts also found the net with a beautiful header from substitute Macha as he outjumped his opponent to beat keeper Brendon Petersen on his right corner.

Towards the last 10 minutes, the hosts keepr Vries nearly conceded as he misjudged a ball into his area, but the Mother City side failed to capitalise on the error.

Uzoenyi Ejike tried a great set piece in the last five minutes from the edge of the area, but Vries was equal to the task as the ball took a deflection.

Coach Kgoloko Thobejane’s men thought they have found a winner in the 89th minute when Gift Motupa scored, but it was ruled out for an offside.

Resulting from the stalemate, coach Stanley Menzo’s side now sit at number 10 on the log table with five points from the same number of matches.