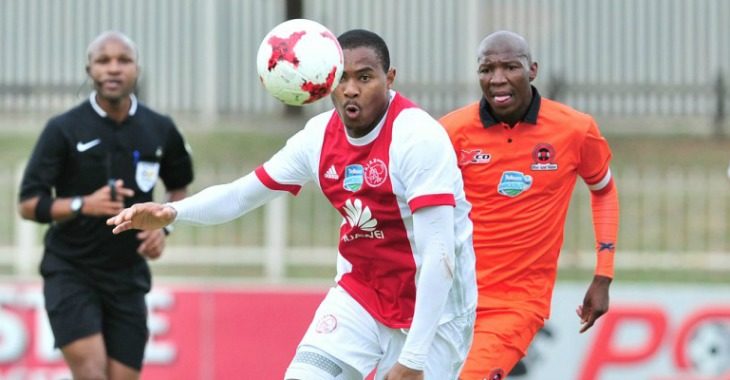 Ajax Cape Town’s hopes of adding another Telkom Knockout crown to their trophy cabinet, was crushed at the very first hurdle with Polokwane City emerging victorious at the Old Peter Mokaba Stadium on Saturday.

Rise and Shine booking their place in the quarterfinals with a 4-3 penalty shoot-out win over the Urban Warriors. The game was deadlocked at 0-0 after 120 minutes of football.

The hosts dictated the early exchanges on an usually cold afternoon in the Limpopo province, but the visitors should’ve opened the scoring just after the half-hour mark.

Tashreeq Morris failing in his attempt to beat George Chigova after being put straight through on goal.

Rise and Shine conjured a similar opportunity at the other end of the pitch, but Jody February was up to the task – the Ajax Cape Town goal-minder with a brilliant save to deny Rondey Ramagalela in the 44th minute.

The game continued to ebb and flow, following the interval, but neither side showed any killer instinct in the penalty area and with no goal to separate the two sides: extra-time duly followed.

A similar pattern played itself out in the added half-an-hour, and with no goal forthcoming the game would be decided through the lottery of penalties.

Rodrick Kabwe and Roscoe Pietersen failed to convert from the spot for the visitors, and with Rise and Shine flawless from 12 yards, they duly sealed their place in the next round alongside Platinum Stars and Orlando Pirates.