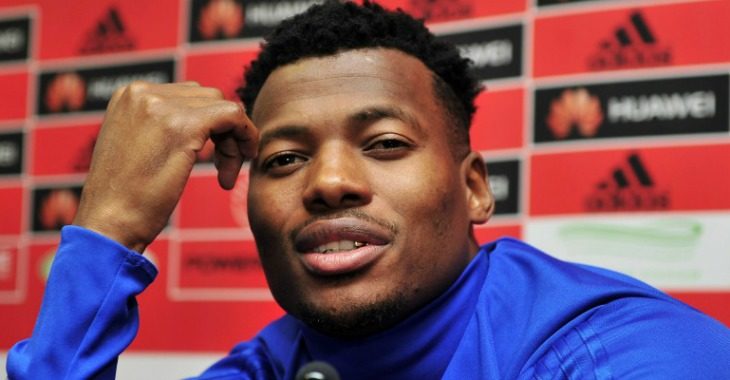 Ajax Cape Town defender Isaac ‘The Lion’ Nhlapo is looking forward to returning to his old stomping ground – if cleared by the club’s medical team for our trip to Rustenburg this week.

Nhlapo, 27, missed the Urban Warriors Telkom Knockout Round of 16 defeat to Polokwane City, but could make a return for our crucial Absa Premiership fixture away to Platinum Stars on Wednesday evening.

The burly centre back is set to undergo a late fitness test.

“It is not going to be an easy game – they are at the bottom of the log so it is going to be a difficult game. They showed improvement over the past weekend, so yes, it will be tough,” said Nhlapo.

“We must go there and give our best and if I am back and ready to start they can expect me to come hard at them [laughs].

Stars’ are yet to win a match in the Absa Premiership this season, but edged Maritzburg United on penalties in the TKO at the Harry Gwala Stadium on Friday evening.

Victory is set to give the North West club a timely boost, but Nhlapo is confident that the Cape club can do the job at the Royal Bafokeng Stadium – despite the added fact that former Ajax Cape Town head coach Roger De Sa is currently the boss at Dikwena.

“It is very hot in Rustenburg, but we are playing at night and I think that should suite our game,” Nhalpo added.

“I personally don’t know Roger very well, but he will be up for the challenge I am sure – and him being there makes it even tougher,” he concluded.

The setting for Wednesday night’s fixture should evoke positive memories for Urban Warriors head coach Stanley Menzo and his troops, with the 2010 FIFA World Cup Stadium the venue of his first win as Ajax Cape Town mentor.

Three goals in the opening 30 minutes leading the club to a 3-2 win.