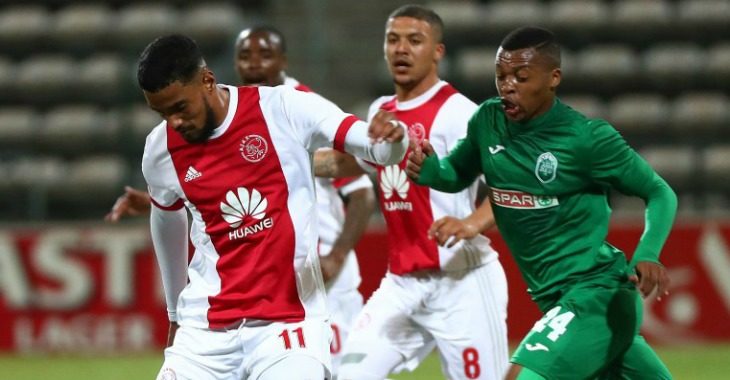 The Urban Warriors looked well on course to secure all three points and a much needed win, but Usuthu – coached by Cavin Johnson – scored two late, late goals to leave the Mother City with a point.

Following a rather uneventful first half in difficult playing conditions, the game sparked to life following the interval.

Masilake Phohlongo with his first goal for the club’s First Team in the 52nd minute. ‘Scara’ – who has impressed for the club’s MultiChoice Diski Challenge team this season – taking his opportunity with both hands.

The winger’s left-footed rocket too-hot-too-handle for Boalefa Pule who could only succeed in fumbling the ball into the back of his own net.

The hosts squandered further chances to increase their lead and failure to do so came back to haunt the Urban Warriors.

Mhlengi Cele pulled a goal back out of nothing for Usuthu in the 90th minute before Khenyeza’s equalizer with the final play of the game. His rocket header whistling past Jody February and breaking Ajax Cape Town hearts in the process.