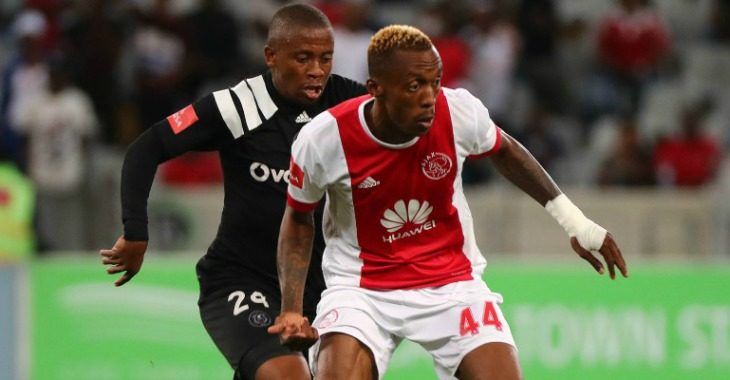 Ajax Cape Town will renew their rivalry with Orlando Pirates in a Nedbank Cup Round of 32 clash in Soweto on Saturday evening.Kick-off is at 20h15 CAT.

The Urban Warriors thumped their top-flight counterparts 3-0 in a league fixture last week and will be aiming to build on a three game unbeaten run with victory at Orlando Stadium.

The teams’ last cup meeting was at the beginning of the 2015-16 season, when they clashed in the quarter-finals of the MTN8: Ndiviwe Mdabuka scored the only goal of the game as Ajax Cape Town went on to claim the title with victory over Kaizer Chiefs in showpiece.

Across all competitions, the Sea Robbers and Ajax Cape Town have met in 47 matches since the 1999-2000 campaign. The Soweto side has claimed 24 wins compared to 12 for the Mother City club.

In head-to-head stats, Pirates and Ajax Cape Town have met in nine previous cup matches. The Urban Warriors have claimed five wins compared to three for the Buccaneers, while one match ended all square.

This, though, will be the first meeting in the Nedbank Cup between the two rivals.

Tercious Malepe will play no part in the clash due to suspension, while club captain Mosa Lebusa and forward Yannick Zakri are yet to recover from respective injuries sustained in victory over the Buccaneers late last month.