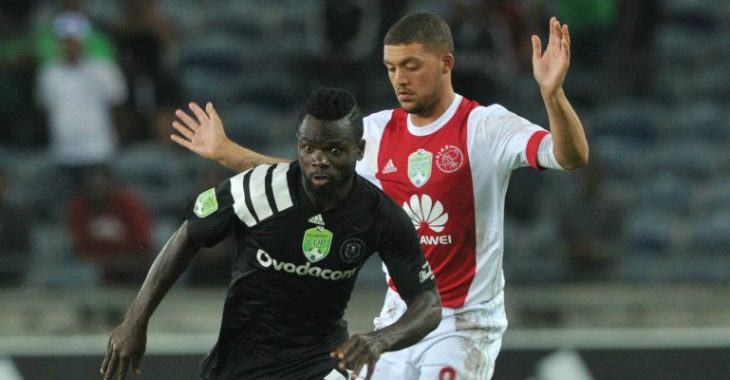 Bernard Morrison scored a quick-fire brace to lead Orlando Pirates to a 2-0 win over Ajax Cape Town in a Nedbank Cup Round of 32 clash at Orlando Stadium on Saturday.

The Ghanaian winger scored the only goal of the game in league victory over their opponents at the same venue earlier this season, and architected their demise once more on a wet evening in Soweto.

The Urban Warriors started the brighter of the two teams and went close through Tendai Ndoro in the early exchanges. The Zimbabwe intentional curling a shot wide of goal before seeing his volley attempt fly well off the mark.

Pirates duly found their rhythm and opened the scoring in the 42nd minute following a sustained spell of pressure: Morrison with the finishing touches from close range after Justin Shonga burst in behind the Ajax Cape Town defence.

The Buccaneers doubled their lead three minutes following the interval as Morrison applied a composed finish to a blistering counter-attack.

Pirates continued to dominate proceedings in Orlando, but failed to add to their scoreline with Ajax Cape Town enjoying some success in attack late on.

Ndoro squandered another chance in added time as the Urban Warriors surged forward, but it was not to be for the visitors on what was a disappointing night for those who traveled from Cape Town.